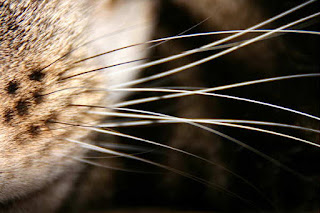 I've just recently read of a phenomenon that I had never heard of before this week ... "Tin Whiskers". Tin whiskers are hairlike crystalline structures that can grow from tin surfaces and have the potential to wreak havoc on modern electronics.

Ever since the European RoHS (Restriction of Hazardous Materials) implementation, most manufacturers have been forced to switch to lead-free solder. It seems that lead, when combined with tin, inhibits the growth of tin crystals. Although tin whiskers have been around for many years, it is just since the switch to lead-free solder that their impact on circuit boards (particularly with SMD sizes) has been garnering a lot of attention. Even the military, which has always demanded a higher standard for its components and circuit fabrication, is worried. With almost everything, from alarm clocks to aircraft, reliant on electronic circuit boards, are we awash in a sea of electronic ticking time-bombs? Some experts believe that we are.

The whiskers themselves can grow from a few millimeters to over 10mm in length. Growth rates as much as 9mm per year have been observed. One might think that these tiny hairlike structures would not be capable of carrying sufficient current to cause damage and would act more like a fuse when shorting with a nearby pc trace or component lead but such is not always the case. Tin whiskers have been known to carry as much as 30ma of current ... more than enough to cause catastrophic failure in delicate circuitry ... not a pleasant scenario if you are cruising along at 36,000' in a 10-year old aircraft.

An article in Aviation Today reports:

It’s rational to ask, after a few years of RoHS policy in force, does this effect ever really cause any problems? As it happens, yes, and some examples are so spectacular that it’s amazing they have not reversed the policy for RoHS. In Europe, the most impressive example was $1 billion recall of Swatch watches from Switzerland, as the use of lead-free solder caused a roughly 5 percent watch failure rate in 2006. The “solution” to this problem was yet another rule exemption, and lead was again used in Swatch construction. A real RoHS policy triumph there.

John Keller, Editor in Chief of Military & Aerospace Electronics magazine reported in a 2005 article that:

Reports indicate that six satellites sustained partial or complete loss due to tin whiskers. These involved Galaxy-3, Solidaridad 1, Direct TV3, and HS 601 satellites built between 1998 and 2002. Problems also have been reported with the F-15 jet fighter radar, the Patriot missile, and the Airborne Warning and Control System (AWACS) aircraft.

One prominent manufacturer, Apple, has been using lead-free solders since 2004, reportedly, without any issues. As noted by Kurt Jacobsen, author of "Within A Whisker of Failure" (published in The Guardian):

Perhaps manufacturers haven't developed an "experience base", or perhaps it isn't registering as a problem. Many customers will probably chalk failed devices off to their own isolated tough luck, when the cause might really have been microscopic whiskers inside their machines.

And Bob Willis, Technical Director for the Surface Mount and Related Technology Group in the UK mused:

Overall, was it sensible to go lead-free? "I would say no," ... Earlier obsolescence means more discarded devices. Critics argue that substitutes are more toxic and energy-wasteful than the lead they replace - and that lead doesn't leach from circuit boards, because it doesn't migrate as lead in paint or petrol does.

Well worth reading and perhaps one of the best summaries of the dilemma can be found in "Death By Tin Whisker" by Walter Shawlee:

This is clearly a problem that has to be addressed for the avionics industry sooner rather than later. Either a clearly worded exemption from lead use is required, or the frankly ineffective removal of lead from electronic assembly construction rule should be abandoned. This misguided policy has introduced a random failure mode into every item now being made under these standards or with RoHS compliant parts, a simply unacceptable risk for all involved. Plus, the ridiculously small (2 percent) targeted lead-use area fails utterly and completely to address the very real concerns of lead toxicity in the environment. Clearly, all of these issues are something worth thinking about, and their impact on our industry and all of us is significant if no useful action is taken.

Although this is all new to me personally, perhaps this is old-hat by now, since the problem has been around for the past few years. Maybe a viable solution has been found already or will we see the introduction of lead into solder once again? I also wonder about the millions of life-critical circuit boards already in place that are, at this moment, quietly growing 'tin whiskers'.
at 05:00