Hunting For NDBs In CLE238

This coming weekend will see another monthly CLE challenge. This time the hunting grounds will be 400.0 - 419.9 kHz.

MF propagation this past week has been very good and signals in this frequency range should be propagating well if things stay undisturbed for the weekend.

Our 238th coordinated listening event starts on Friday.
This frequency range is not packed with signals for any of us, but
the current excellent conditions should give us some nice surprises.
Do join in, even if you only have an hour or so to spare over the weekend.

(Apologies to Listeners ‘down under’ - not much to listen for in this range
at summer time.  Could listen via a remote receiver instead?  See below)

Just log all the NDBs that you can identify with nominal (listed)
frequencies in the range - it includes 400 kHz, but not 420 kHz -
plus any UNIDs that you come across there.

Please send your final log to the List (no attachments and ideally
in a plain text email) with ‘FINAL CLE238’ in its title.
Show on each line:

Please show those main items FIRST.  Other optional details such
as Location and Distance go LATER in the same line.
As always, of course, tell us your own location and brief details
of the equipment that you were using during the Event.

We will send the usual 'Any More Logs?' email at about 18:00 UTC
on Tuesday so that you can check that your log has been found OK.
Do make sure that your log has arrived on the List by 09:00 UTC
on Wednesday 28 November at the very latest.
The combined results should then be completed within a day or two.

You can find full details about current and past CLEs from the CLE page
http://www.ndblist.info/cle.htm  It includes access to CLE238 seeklists
for your part of the World, prepared from the previous loggings in Rxx.

(If you would like to listen remotely  you could use any one remote
receiver for your loggings, stating its location and owner and with their
permission if required.  A remote listener may NOT also use another
receiver, local or remote, to make further loggings for the same CLE)


These listening events serve several purposes. They:
Final details can be found at the NDB List website, and worldwide results, for every participant, will be posted there a few days after the event.

This Saturday night as well as the next will be the annual Bruce Kelley 1929 QSO Party, otherwise known as the '1929 BK'.

Only transmitters that are 'era-appropriate' are allowed to be used. More specifically, transmitters must employ tubes that were available in 1929 or earlier, and transmitters must be self-excited. No crystals allowed! Crystals were new and largely unaffordable for most hams back in the depression days.

Again this year, signals should be a little louder as well, since the previous long-time power limitation of 10W input has been increased to 25W.

The '29 watering-hole on 80m will be around 3550-3580 kilocycles (be careful not to confuse this with kilohertz!) while the early afternoon to post-sunset 40m activity will be found from 7100-7125 kc. There may even be a few on the very low end of 160m. Although many of these transmitter styles were used on 20m and higher, BK rule-makers have wisely decided not to inflict these sounds on the present populace as it would likely keep the 'Official Observers' busy for several days writing pink-slips.

This year I will leave the MOPA on the shelf and set up my Hull Hartley as I haven't used it since building the MOPA a few years ago. If it's very windy (almost assured), the Hartley will really sound like 1929!


Heck, there may even be time to throw something together for the following Saturday if you have a few parts and an older tube or two ... the '27 comes to mind and is readily found in many junk boxes. Maybe you know an old-timer or two with lots of parts that could help you out.

Let's hope for good conditions for this event as the last few years have been adversely affected by geomagnetic storming. Poor propagation or not, I guarantee there will be plenty of '29ers busy calling 'CQ AWA' on the low bands.

Complete BK details are available here.
at 14:39 No comments: 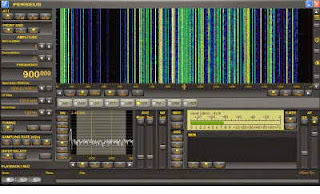 Last weekend's CLE237 was truly a workout. Not only was the format challenging, hunting for different grid square fields, but propagation was superb ... a vast departure from the normal CLE propagation-curse!
This combination resulted in many daytime hours spent reviewing three nights of Perseus recordings, the downside of being able to sleep all night rather than staying up until 0300 while listening live! 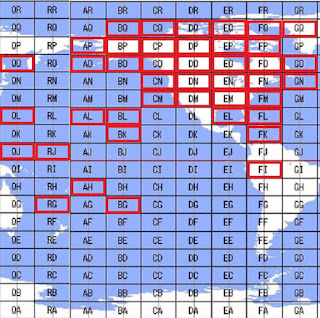 All told, 118 NDBs in 41 different grid fields were logged. Of these 118 stations, 12 were 'new catches'. After DXing NDBs since 1985, new catches are getting harder and harder to find but last week's great conditions were the best heard here in several years.


With a very quiet Sun for a couple of weeks now, these great MF conditions are what many have been waiting for since the last solar low many years ago ... propagation below the broadcast band can be truly remarkable when these quiet conditions continue for many weeks at a time.

Here are a few interesting CLE catches as recorded on the Perseus SDR.

My full CLE237 log is shown below. As usual, a Perseus SDR and an 'inverted-L' (resonated to 300kHz) was used for the activity.


As always, complete CLE results (worldwide) can be viewed in detail here.

All-in-all, an exhausting but delightful weekend of listening and great propagation ... so many signals to hear ... welcome to solar-low!
at 14:25 No comments: