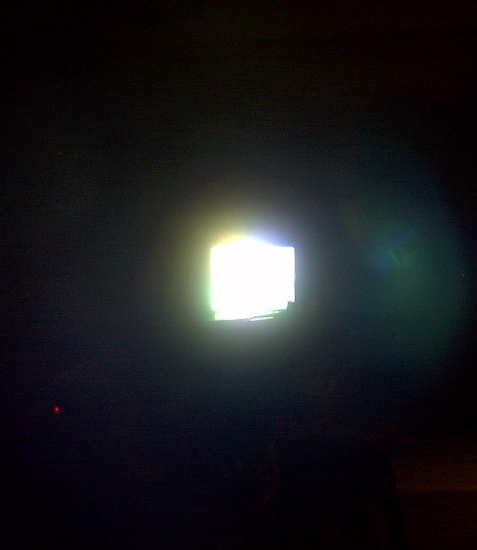 Yesterday I had the chance to have a closer look at the two lenses recently purchased for a new portable lightwave receiver. The initial testing procedure of the page-size fresnel (actual size is 200mm x 270mm) proved incorrect and required more space than the bench top could provide. Eventually the focal length was measured as ~ 368mm +/- for an f/d, or F number, of 1.36 ... a convenient value and much better than the 'other' common fresnel page reader focal length of ~ 600mm. This jibed nicely with the recommendations given in Clint's (KA7OEI) website optical information:

The lens was able to bring a small LED flashlight (consisting of an array of 21 white LEDs) into surprisingly sharp focus although the shot below does not reflect that due to my camera's poor focus in the darkened room. 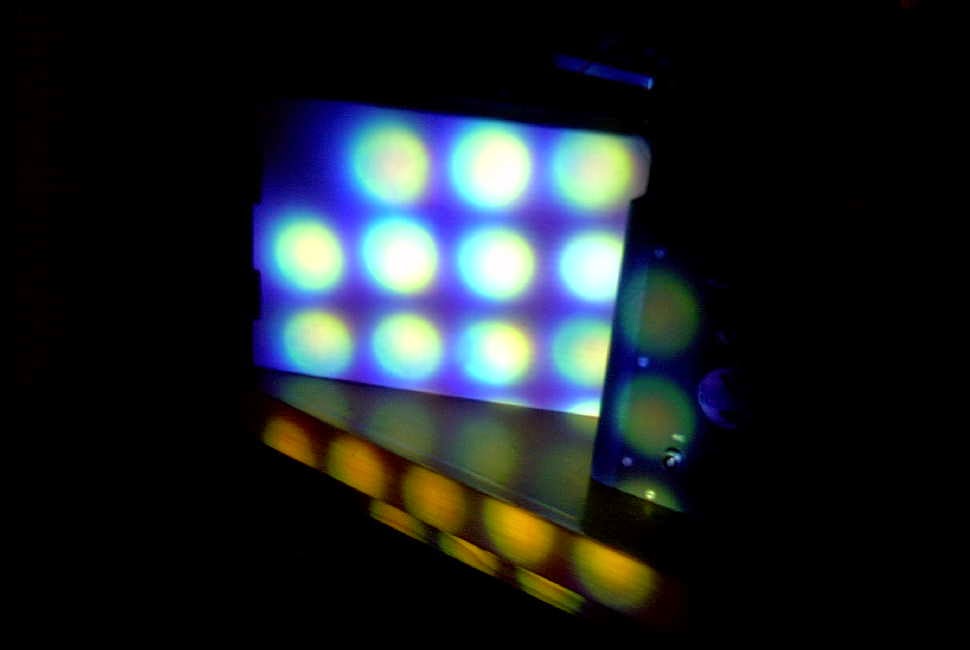 The glass 4.5" magnifying lens proved to have a focal point of 203mm for an F number of 1.8. This lense produced an even sharper image of the same light source and may be the best candidate for the portable receiver although the larger aperture of the fresnel might not be worth counting out at this point.

The fresnel may work well for a transmitter and will likely require a small (inexpensive) secondary focusing lens between the LED and the fresnel, in order to have the LED efficiently illuminate the fresnel. The secondary should effectively gather and focus as much of the emitted LED light to just within the boundaries of the fresnel without any wasted light energy being lost to spill-over at the edges.

It would be great to have a permanent lightwave 'beacon' that one could test various receiver lenses and combinations but at present there is very little activity here in VE7 land ... although that is changing, with the interest of another local, VE7IGH (Greg) near Vancouver and right across Georgia Strait from my location. Grant has already built a receiver and will soon start on transmitter construction ... way to go Greg!
at 12:01