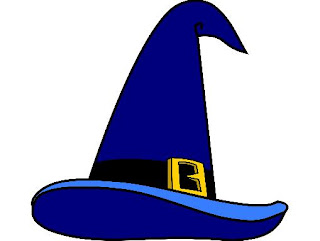 As I write this on Sunday evening, June 21st, the magic band has been open here for over 16 hours straight and shows no signs of slowing down! What has been one of the poorest Sporadic-e seasons in memory, did not disappoint today, on what should theoretically be the peak day of the season.

A loud NØLL in Kansas was the first station heard this morning at around 0600 local time but I suspect the band had been open even earlier, judging by the strength of the signals. It didn't take long for the band to stretch out further and not too much later, signals from the Caribbean were making it into southern British Columbia, as well as many parts of North America.

At times the band seemed as crowded as 20m CW during the Sweepstakes as so many of the CW stations congregate in the 20KHz slot just below 50.100MHz. Before breakfast, the following stations were in the log:

Around 10 am local time, the VA5MG beacon was suddenly heard pounding away ... often a good sign that propagation may be going 'polar'. Sure enough, stations to my south (Oregon and Washington) started to hear and work Europe. I was lucky enough to hear what can only be described as the contact of a lifetime, when K7CW (about 140 miles to the south) was heard working HVØA, the Vatican!! Paul was apparently in the sweet spot of the moment and his efficient homebrew array was up to the job. Over the next hour or so, the European propagation swung wildly between W7 and W6 as well as points to the east. The only Europeans that I heard were two Italian stations, briefly hitting 559 but unable to hear me. Johnny, KE7V (and also the brother of K7CW), about 40 miles to my south, managed to work both stations ... it seems that we were both just on the northern edge of the teasing footprint.

At times, several in band 'growly' carriers with polar flutter were heard as well as weak signals from some of the 49MHz videos still operating in central Europe.

It will be interesting to see if we have a repeat of this prop tomorrow (Monday) but I rather suspect much of this was the result of two well-placed solar flares earlier in the morning and will not be repeated ... I hope I'm wrong!

Impact from the flares plus a slower moving one is expected later today.
at 05:00