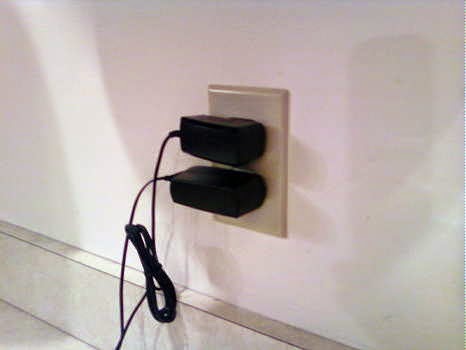 It seems that the ARRL has made it official ... well, maybe not, but at least Ed Hare, W1RFI has. In a recent interview on the HamRadioNow webcast, Hare said that he believed that switching-mode power supplies are a more common source of QRN than noisy power lines ... and I believe him. I have heard countless horror stories of amateurs having to go QRT for good (at least on HF) because of issues with neighbourhood switching supplies. It's one thing to be able to hunt these things down and remediate the problem within your own home but when it comes to the whole neighbourhood, it's an awfully large challenge. And it's not as if there's just the odd one around, here and there ... they are everywhere.

In Ed's own words:

“The old days of those iron transformers are gone,” Hare said. “Every single one of these is a switcher. We’re also seeing noise from pulse-width control motors.” Hare said the big culprits are “little wall warts,” not switching supplies designed to power Amateur Radio gear. “Every TV you own has a built-in switcher, almost every device has a wall-wart, and a lot of these are imported, not necessarily meeting the FCC rules, so we’re seeing more reports involving those.”

I've never personally had a problem with a wall wart, other than a cheap charger for my I-Pad, but that's not to say I haven't run into switchers. The charger emitted a low-level hash that I could hear only on a very quiet 6m band, not much of a real problem considering that I could unplug it at any time. A couple of problems here in the neighbourhood were eventually traced to the poorly designed or faulty switchers inside some CFL bulbs. These were emitting signals via the powerlines and being picked up by my antennas almost two blocks away. This was a problem only on LF however, where the powerlines make pretty efficient antennas.

Hare went on to say that some of the new LED-type lightbulbs have proven to be noisy as well. Not hard to understand when each one has its own low voltage switching power supply. What is hard to understand is why these device are even allowed on the market without having to undergo some type of noise-testing for approval. Another 'growing' threat are the lights used by neighbourhood grow-ops, legal or otherwise.

Hare also indicated that the ARRL lab can work with manufacturers to correct problems but that they need to know specific model numbers and information about the problems you are experiencing with the device.

Apparently, according to Hare, many issues can be resolved without involving enforcement from the FCC, the last step, should issues not be resolved by other methods.

You may be able to help by sending the needed information to the ARRL Laboratory for this and other types of RFI. Both Ed Hare and ARRL EMC Specialist Mike Gruber, should be contacted if you can supply information or have an unresolved problem.

The excellent 11-minute interview (Episode 196 'W1RFI's Tall Tales from the ARRL Lab') can be watched here, with thanks to HamRadioNow TV and to Gary Pearce, KN4AQ of HamRadioNow.
at 07:30