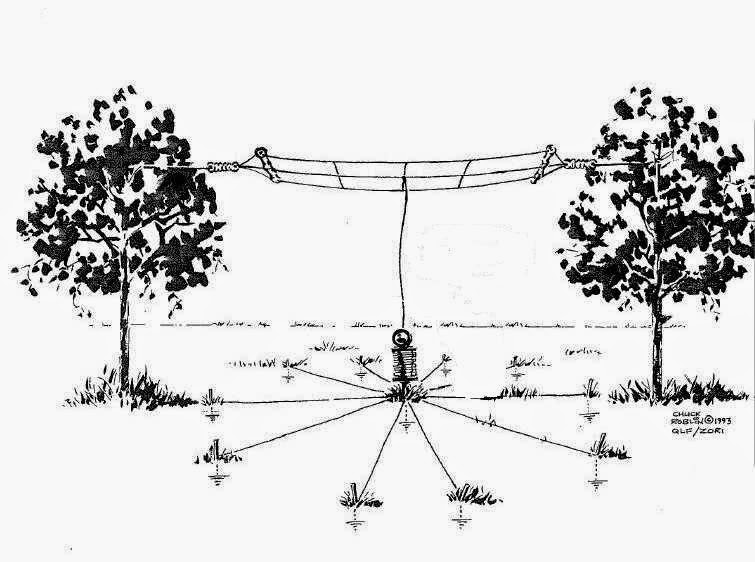 The ARRL's 600 Meter Experiment Coordinator, Fritz Raab (W1FR) recently released a statement urging that the program be renewed. According to Raab, all of the WD2XSH licences will expire in August. Citing a quarterly report prepared by John Langbridge (KB5NJD) and Warren Ziegler (K2ORS), two very active participants in the program, Raab says that the program has demonstrated that the Amateur Radio community is interested in MF operation.

“Amateurs with ordinary facilities can use the band; exotic antennas are not required,” the report said, adding “QSOs from 500 to 1000 miles are routinely achieved, and longer distances are possible.”

As described in the ARRL News, "The FCC has yet to act on the ARRL’s 2012 Petition for Rulemaking asking it to create a domestic Amateur Radio allocation at 472-479 kHz, known variously as 600 meters and 630 meters. Delegates to the 2012 World Radiocommunication Conference (WRC-12), approved a 7-kilohertz-wide secondary Amateur Radio allocation at 472-479 kHz, with a power limit of 5 W EIRP (or 1 W EIRP, depending on location). Radio amateurs in Canada and in several other countries already have allocations there. Canadian 630 meter operators held a cross-band event on February 14, listening on 160 and 80 meters for US stations."

“Following the WRC-12 decision to create an amateur 630-meter band, most of us expected the FCC to approve access for US amateurs,” Raab’s report said. “Had this happened, there would not be further need for the WD2XSH license. Over 2 years have passed since the ARRL petitioned the FCC to consider this band, and the FCC does not appear to be in any hurry to do so.”

As amateurs here in Canada have discovered, the U.S. experimenters have demonstrated reliable regional ground-wave communications is readily achievable in this part of the spectrum, making reliance on ionospheric conditions a none-issue. The report also addressed the question of interference, a possible long-standing reason cited in reasons for not giving LF bands to amateurs.

" ... in 179,000 hours of operation, “there has not been one complaint of harmful interference from either other radio services or utility power-line communications.” The FCC cited concerns about possible interference to utility power-line carrier (PLC) systems in deciding not to adopt its own 2002 proposal for an LF allocation in the vicinity of 137 kHz. The WD2XSH status report noted that the radiated power from some WD2XSH stations and of other experimental stations working at 630 meters, “is well above the 5 W EIRP of the WRC-12 authorisation.”

Raab goes on to suggest that the ARRL "should have a continued presence in our quest for a 630 meter amateur band” and recommended renewing the license.

MF operators in Canada are also anxiously awaiting the appearance of their southern-neighbours, which would likely result in a large spike in new Canadian activity.
The experimental program has done the heavy lifting and demonstrated that amateurs can operate in this part of the spectrum, at moderate to high power levels, without causing interference. Remember that even though the 5W EIRP limit seems low, due to antenna inefficiencies at this frequencies, transmitters typical are required to generate several hundreds of watts to reach the 5W EIRP limitations.

With all of the above in mind, it seems that indeed the next steps to making these two bands available to U.S. amateurs has drawn one-step closer to reality.
On April 26th, two weeks after Raab's somewhat downcast report, the FCC announced the NPRM (Notice of Proposed Rulememaking) which included the proposals for both 2200m and 630m. NPRM's provided stakeholders the opportunity to file comments as well as provide the filer (FCC in this case) a final opportunity to gather information which will help them form future policy ... in this case, what the rules for the new bands might look like, should they proceed with implementation.

A closer look at the NPRM will be of interest to amateurs who have been waiting for some action ...