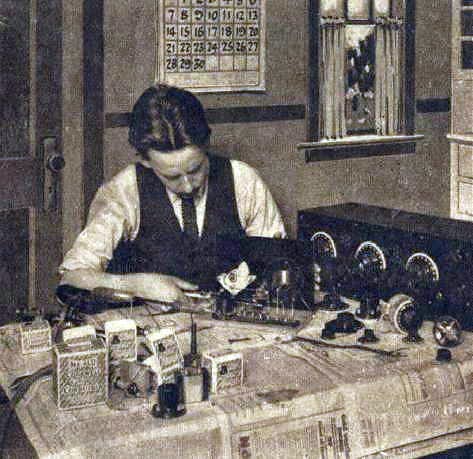 When it comes to putting a transmitter together for the BK, there are a lot of choices! My advice for a first-build '29 rig would be either a simple TNT or a Hartley-style oscillator. Both are easy to get operating and, when correctly optimized, are capable of putting out a nice-sounding signal.

For a first-time build, with the main objective being to have something ready in time for the December BK, I would not be concerned about overall appearance or period-appropriate parts. For now, the only thing that must be period-appropriate is the tube...improvements can come later.

As well, I would not be overly-concerned about running the maximum power of 10W input. If you are able to get a type '10' or the equivalent VT-25, or a pair of 45's, then the legal-limit is easily within reach. Utilizing something smaller, at just a few watts output, should not be considered a deterrent, as BK-operators all seem to have very good ears. Just 2 or 3 watts will guarantee plenty of contacts no matter where you are located! 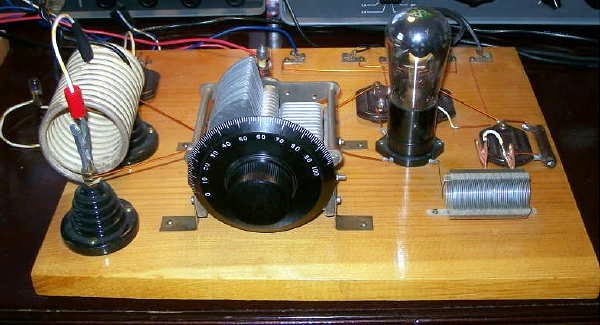 Shown above is a fine little TNT built by Kevin, WB2QMY, in New York. It uses a very affordable UX-201A triode, originally manufactured in 1925 for radio receivers. Although Kevin's TNT puts out barely 2 watts on 80m CW, we had no trouble working each other in a recent BK QSO Party. If you build it, they will come!

﻿If you prefer to tackle a TNT, here is the information you will need. This circuit appeared for several years in the ARRL Handbook's transmitter-section. I suspect that it was probably built by thousands of young hams in the late 20's and early 30's and affordably introduced most of them to the magic of radio. For more building details, including how to keep high-voltage off of the main tank coil, see the information on my website describing the TNT project.
﻿﻿ 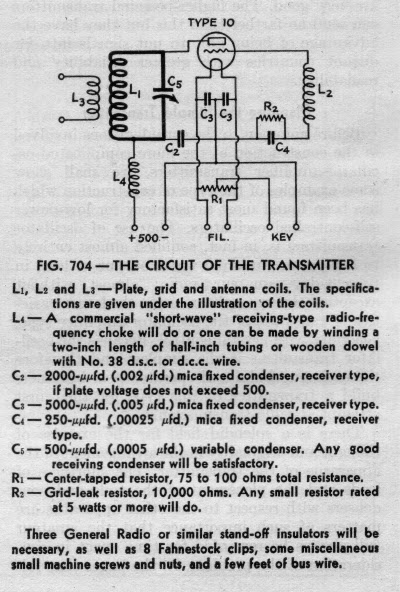 ﻿﻿﻿﻿Should you be interested in tackling a Hartley, here is an interesting circuit described by Nick, WA5BDU.

Nick's circuit uses the readily-available '27 type, popular because of its indirectly heated (modern style) cathode. Nick fully describes his project here.
Such a transmitter would readily lend itself to a parallel arrangement of two or more triodes, such as the 27 or the 45 and would develop good power levels inexpensively.

ABØCW has designed a Hartley oscillator using a pair of 27's in parallel and uses them to drive a small amplifier. As described on his website, the oscillator would make a fine stand-alone transmitter with a simple link-coupling antenna circuit.


You can find a list of '29-style related building links, as well as a gallery of transmitters constructed by others, at the bottom of my TNT web page here.

And....circuit ideas, help with parts and lots of BK-chat can always be found at the  AWAGroup.io where the focus is mainly on building and operating.