Ever Heard Of Heathkit's SS-8000 Digital Transceiver? .... Me Neither!

Hunting For NDBs in CLE285

It's CLE time once again. This is a challenge for all newcomers to NDB listening and the ultimate test of your medium frequency receiving capabilities. Can you meet the challenge?
'CLE's are 'Co-ordinated  Listening Events, and NDB DXers around the world focus their listening time on one small slice of  the NDB spectrum.
It's back to a normal activity with a frequency span of 400.0 - 419.9 kHz.
A good target for all NA listeners is YPO on 401 kHz in Ontario. Listen for its upper sideband CW identifier on 401.392 kHz.

This frequency range is not packed with signals for any of us, but if conditions are OK there could be some nice surprises.

Do join in, whether you have days to spare, or only an hour or so over the weekend.

Times:   Start and end at midday your LOCAL time

during the weekend, but UTC time continues without changes.

Please log all the NDBs that you can identify with nominal (listed) frequencies in the range - it includes 400 kHz, but not 420 kHz - plus any UNIDs that you come across there.

Send your final log to the List (no attachments please) with ‘CLE285’ and 'FINAL' in its title.

Show on each line:

Please show those main items FIRST.   Other optional details such as Location and Distance go LATER in the same line.

As always, of course, tell us your own location and brief details of the equipment that you were using during the Event.

We will send the usual 'Any More Logs?' email at about 20:00 UTC on Tuesday so that you can check that your log has been found OK.

Do make sure that your log has arrived on the List by 09:00 UTC on Wednesday 2 November at the very latest.

We hope to complete making the combined results within a day or two.

You can find full details about the coming CLE from the RWW Website, including the CLE285 seeklists for your part of the World – just select CLE from the main menu.

(If you would like to listen remotely you could use any

one remote receiver for your loggings, stating its location

and owner and with their permission if required.

A remote listener may NOT also use another receiver,

local or remote, to make further loggings for the same CLE)

A remote listener may NOT also use another receiver,  whether local or remote, to obtain further loggings  for the same CLE)

• determine, worldwide, which beacons are actually in service and on-the-air so the newly-re-vamped Rxx online database can be kept up-to-date

• determine, worldwide, which beacons are out-of-service or have gone silent since the last CLE covering this range

Final details can be found at the NDB List website, and worldwide results, for every participant, will be posted there a few days after the event.


The NDB List Group is a great place to learn more about the 'Art of NDB DXing' or to meet other DXers in your region. There is a lot of good information available there and new members are always very welcome. As well, you can follow the results of other CLE participants from night to night as propagation is always an active topic of discussion.

The Facebook Crystal Radio DX Group’s fall listening event was held two weekends ago over a two-night listening period. Unlike last year’s event, this was not a contest but rather a leisurely opportunity for members to take some time to see what they could hear with their setups. Also unlike last year, this one introduced and encouraged members to see what they might hear on shortwave! Since circuits losses are measurably much higher as you climb above the broadcast band, audio amplification (AF) was permitted to encourage members to give it a try as this was a whole new region to explore for most of us.

The addition of shortwave inspired much discussion as well as construction, the main objectives of founding the group.
Shortwave crystal radio was all new to me as well and I struggled for several days, right up to the event’s starting time, to even be able to detect a signal. I had chosen to follow a similar path as described in WU2D’s excellent video, using simple link coupling into the detector tank circuit. I reasoned (probably incorrectly) that my end-fed 80m halfwave inverted-V would be close enough to resonating on the 5, 6 and 7 MHz SW bands to provide enough signal into the detector. After playing with this system as well as other antennas for several days, I eventually abandoned the concept and tried a different approach.
I added a loosely coupled tuned antenna input using my 630m inverted-V wire, bypassing its large loading coil and low-impedance matching system. Essentially it was a big vertical long wire tuned against a number of buried ground radials. I also added an LM386 audio stage between the detector and headphones, something I had not tried with the previous system.
This simple approach immediately produced signals … just in time for the start of the party at sunset! 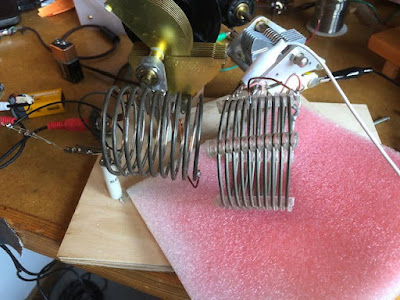 Obviously, from just the physical appearance of my own SW tuner, there is a vast amount of room for improvement! As crude as it was, the following signals were all heard and verified on a separate SW spotter radio.

Some of the BCB and SW construction inspired by the recent listening event is shown below. For more information and more sets, please visit the Facebook Group and consider taking part in our next event, sometime in December ... maybe you can build the perfect SW tuner! 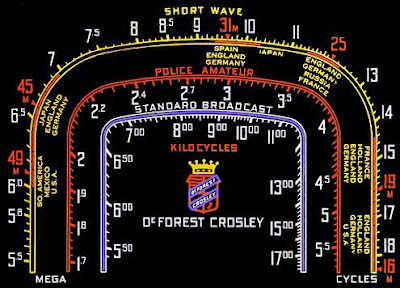 If you enjoy DXing the broadcast band, then the weekly ‘DX Central MW Frequency Challenge' may be of interest to you. It’s run and organized by Loyd Van Horn, W4LVH, a dedicated DXer and a big promoter of BCB DXing.

Basically, participants are asked to listen on the chosen frequency (or frequencies) for a one week period (Friday to Friday) and report what they have been able to identify. Results of course will be different throughout the continent but if you are near any other listeners, it’s always fun to compare your final results.

Loggings are reported via a fill-in form which is updated weekly. 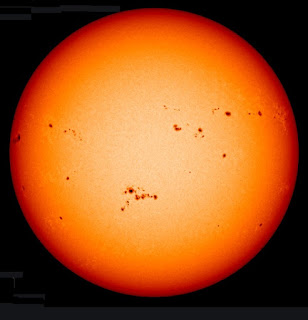 My summer radio project, motivated by a magazine article published in 1936, has now been completed and fully described on my main website. Hopefully we can soon exchange Cycle 25 signals with it on the higher bands:
https://qsl.net/ve7sl/6a6.html
at 21:41 1 comment: