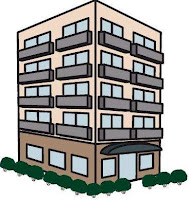 Unfortunately we all know of or hear about hams that have given up all hope of getting on the air, once moving into an apartment or condo, where antennas are normally prohibited. One enterprising local amateur has combined early established antenna fundamentals along with sound engineering, to arrive at an elegant and highly successful solution. If you are also a 'location challenged' amateur, it may just be the thing that will help you, and others, take back your hobby and get on the air!

John, VE7AOV, has been operating from his apartment, in the heart of the very large and noisy greater Vancouver, for several years now ... not simply 'operating', but thriving, from his cozy fourth-floor apartment radio station. The wallpaper shown below would not usually be expected to grace the shack walls where antennas are not permitted! 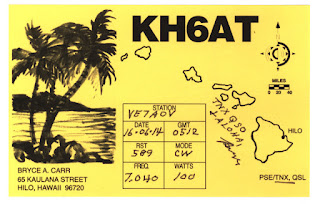 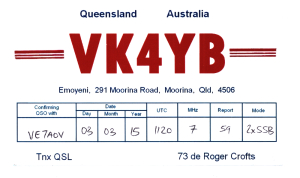 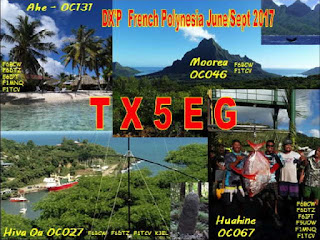 It's soon apparent that John has also overcome the usual problem of noise ingression, from every appliance and random RFI generator in the complex. This is no lucky fluke but all by design, and delivered via an all but invisible classic antenna system made of #26 wire and a few Starbuck's stir-sticks!


I'll let John tell you a bit more before sending you to his fascinating website, Intuitive Electronics, where you can learn more about his system and the engineering behind his successful, low-noise installation.

An implication that it seems to be impossible to rid from the minds of fellows using a Marconi antenna is that they are not just pumping 100 watts of r.f. into their antenna but that they are also pumping that same 100 watts of r.f. into their ground, that is to say the building’s wiring, the safety ground wiring. R.f. in the safety ground is well coupled into the power and neutral conductors of a residence and, in North American code, is even hard connected to the neutral line at the service entrance. The house wiring becomes part of the antenna system.

The ground wiring and everything connected to it is every bit as much a part of the antenna as is the live element. Both radiate just the same amount of r.f. power, fellows. The ground wiring along with every electrical power consumer in the building is worked against the live element. Thinking of what is connected to ground in your house is thinking about one side of your antenna. It’s not just appliances that get the “benefit” of r.f. The land line telephone system, the cable television system, the garage door opener, the security lights and…you name it. They are all “feeling” that 100W of r.f. With regard to r.f., there is no distinction whatsoever to be made between “hot” and “ground”.

You know the reason why vertical antennas have gained a reputation for being noisy on receive now, too. Most verticals are Marconi antennas. Both the safety ground and the neutral serve all the houses in the neighbourhood. The receiver is wired into the electrical appliances of the entire neighbourhood.

The station has no interference issues. The Building Manager, the Building Superintendent and the administrator for this building’s cablevision have been aware of the station from the beginning. There has not been a single complaint of t.v.i. or any other complaint about the station. That’s a clean record extending back to 2006. There are no red faced, spluttering tenants hammering on the door of this station! At this station, all the r.f. produced by the transmitter makes its appearance out on the an­tenna. The radio station’s r.f. is not referenced to station ground. Station ground “knows nothing” about the r.f. being generated.

In the present case, that is to say a station to be operated in an apartment building, it is required to have an antenna that is “invisible”. Now it’s not possible to achieve that literally but at least the antenna should be so inconsiderable that there will be no complaints from neighbours about having to look at it. The antenna here is made of #26 A.W.G. wire. That’s wire that is 0.40mm, 0.016 of an inch, in diameter. Four stories up, it’s difficult to see the antenna and that’s even when knowing where to look for it. Part of the antenna’s run is through trees and in among the tree branches it pretty much is invisible. It does not annoy neighbours by casting a shadow; there is no shadow.

In spite if the naysayers, John's small gauge antenna has survived years of winter storms, regular occurrences here on Canada's western edge ... simply because it presents such a low cross-section compared to most conventional antenna wires.

To read more about enjoying your hobby again from your new 'restricted' location and more than likely, learn something new about old fundamentals, give John's website a very close inspection ... there is much wisdom and many gems to be found, even if you don't live in an apartment!
at 10:48

does anyone know the specs or plans for this antenna and what bands it covers.

(one more time for good measure)