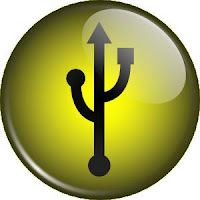 Back in 2007, when I first experimented with single-yagi 2m moonbounce, I constructed an interface that would allow my aging laptop to communicate with my equally aging Icom 821 transceiver.

Back then, the shack's old Toshiba laptop (running Win98SE) had a serial (RS-232) communications port and my homebrew interface would let the WSJT software key the PTT line, as well as handle the required 'in' and 'out' audio.


Fast forward to 2016, when the monthly sight of a full moon rising over the ocean, once again refuelled my interest in trying some possible EME with my 9 el yagi ... but, like the dodo bird, serial ports have long vanished from most new computers and a new way of keying the 2m radio would need to be found. I would also need some method of keying the PTT line of my HF transceiver, should I wish to build a 630m transmitting converter for modes such as JT9 or WSPR.

The 2m Icom has no audio VOX , so to key the radio via the WSJT audio tones, I would need to build a simple VOX system that would key the PTT-line. All things being equal, I didn't really like this idea since it would likely result in 'hot-switching' of the changeover relays and eventually lead to problems.

I investigated the alternative method of hard keying the PTT via the USB port, using a USB-to-serial port adapter, but these were not entirely without problems either. It seems that certain chipsets were worse than others but the FTDI style were less prone to compatibility problems.

I also considered purchasing a Signalink USB interface which would take care of the PTT keying as well as the audio. After researching the Signalink, I found some disturbing reviews that indicated the onboard sound card could create some significant signal-to-noise degradation when used for weak-signal work ... such as EME. The generated noise would likely never be noticed when used on the noisy HF bands, which probably accounts for most Signalink applications, but on weak-signal moonbounce, every db is precious and an elevated noise floor from the sound card would definitely not be helpful.

Further research indicated a really nice line of interfaces being built by Johnny, G3LIV. He offers several models to suit various needs and none seem to include a sound card, which would eliminate the possibility of unwanted noise being introduced ... but before making a decision, I made one final attempt at finding a cheaper solution.

An E-Bay search for an FTDI USB serial port adapter brought up several offerings worldwide, with the majority being in the far east. I found one promising looking low-volume dealer in China, that not only offered the device for $11.99 with free-shipping, but also had a 100% feedback rating and no complaints, ever! What the heck. It was the right chipset, assuming it wasn't counterfeit, the price was right and the dealer looked to be doing his best to offer a good product ... I placed the order and three weeks later the adapter arrived. [October 2021 - I see that this dealer is no longer active but here are a few adapters that are the same, also using the correct chipset and including the disc with drivers, saving you having to search for drivers online. The prices have increased a bit in the past 5 years as well!] 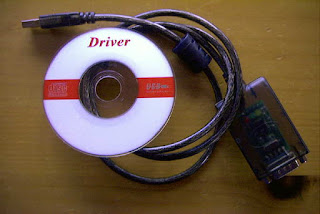 The adapter was well packaged and included a small CD containing the necessary USB drivers for several different operating systems, including my newer laptop's Windows 7. 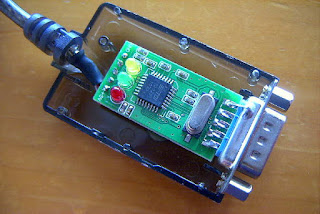 I plugged the adapter into an empty USB2 port and sent the device manager to search the CD for the needed files, which it quickly found and installed. The software created a virtual serial port, assigning the adapter to COM port 3. I then set the WSJT switching tasks to COM3 and connected my homebrew interface to the adapter via its DB9 serial connector. To see if the new adapter would really work, I instructed WSJT's JT65B software to turn on the transmitter before sending a test tone, which hopefully would key the PTT line ... and it did! It seemed that my $11.99 investment was doing the job perfectly. Thankfully, none of the online horror stories that I had encountered regarding USB serial port adapters, had been encountered.

If you need something of this sort, I can recommend this particular product. If you are starting from scratch, the entire interface could be easily built, using new parts, including the USB adapter, for just a few dollars and I may, in fact, re-package everything into one compact box, USB adapter and all.

Steve... Thanks for pointing out this little gizmo.
I ordered one to try out, as the price seemed very good.
The little bit I have read seems it might even handle
low baud rates like in 60wpm rtty.
73
VE7BDQ

Hopefully John. I know very little about RTTY but I do see the FTDI chip being used in FSK work via the USB port. It certainly seems to work well for what I need and at that price it's a bargain if it works for your job as well.

What model FTDI chip does the adapter use? I had a quick look at the pictures you posted in the article, but the resolution wasn't good enough for me to read the model number off the chip.

I've thought about making the USB -> Serial adapter myself and also include two audio transformers on the board as to make an all in one unit. This is what prompted my question above.

Harrison... I opened the unit up and the FTDI chip is the FT232BL. The other side of the board has the Maxim MAX211ECAI RS232 trcvr chip.

Hope this helps but at the price it is being sold for on ebay along with free delivery, it's hard to beat .... it would be an easy job to remove the board and put everything all in one box...it's been on my 'to-do list as
well!