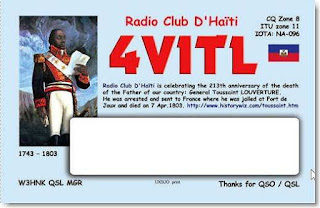 This past weekend's CQ 160m CW Contest saw the normally quiet band bursting to life with signals stacked up, one atop the other, from 1800 -1870 kHz.


At times it was very difficult to find a clear frequency to send 'CQ' and much of the contest was spent in the 'search and pounce' (S&P) mode. When a clear frequency was found I was able to have several short runs but running for any length of time while in the low power category is not realistic. I think my best hourly rate peaked at '60' for a short time as propagation would improve momentarily ... often, ten or more CQ's would go unanswered and then the next one would have two or three responses, continuing on for several minutes until the propagation would shift. These sudden 'holes' in the D-layer absorption seem to occur when conditions are marginal and it's as if the propagation switch is suddenly thrown from 'poor' to 'really good' for a few short minutes.

Overall, conditions from western B.C. were poor on Friday night and much improved on Saturday night. Although several DX stations were heard and called on Friday night, none were worked. These same stations came right back when called, on Saturday evening.

My 160m antenna is very simple, consisting of a 'half-sloper' and about fifty in-ground radials. Since the tower and antenna are mounted right at the ocean's edge, this year I threw two extra radials into the ocean ... whether or not these made any difference is difficult to say but they certainly wouldn't make things worse. 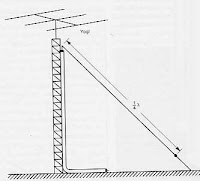 Because of the proximity to the ocean and the half-sloper producing vertical polarization, my antenna always seems to favor stations at the ends of the single-hop F2 distance ... those along the east coast and into the Caribbean as opposed to mid-continent signals. I often find myself sending several repeats to stations in the central states while those on the far coast will reply on the first call ... even stations that I can barely copy, will often come right back, which seems puzzling.

Overall, about 10 hours were spent in the contest ... ending up with 223 contacts in 51 sections and 9 DX entities. Some of the DX stations worked were PJ2, HK1, ZF2, C6, KP2 and 4V1. Checking my 160m DXCC list after the contest, I was surprised to see that 4V1TL in Haiti was a new country for me, making the contest time well worth it. Claimed scores for this, and any contest, can be viewed on the 3830 Scores website.

As the solar cycle continues to decline, 160m conditions should only get better and better, with the next few years hopefully producing a few Europeans in the 160m log once again.
at 13:26