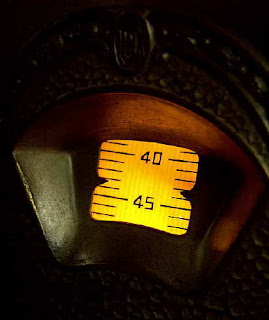 For those of you following this summer's regenerative receiver building adventure, I am pleased to say that all testing has now been completed. My earlier doubts about receiver-performance have now been totally resolved.

I've also published a new page on my website which contains more pictures and details of all phases of the project. The page also has a recording of the 40m CW band, made a few evenings ago, which really best demonstrates how the receiver is working.

In the meantime, much consideration has been given to the next project work ... it will be a return to my earlier lightwave experiments. During the recent visit here by Toby (VE7CNF) and Mark (VA7MM), both expressed interest in building some lightwave equipment (in fact ... 'parts' have been ordered!) to try some direct LOS work as well as to try some QRSS clear-air scatter / cloudbounce work. It's really exciting to see some new interest in this fascinating mode as the field for experimentation in both transmitting and receiving systems is quite vast.

My first task will be to build a 4" optical tube receiver or another boxed Fresnel-lens type for portable operation, here on Mayne Island, to see if I can scatter a signal to the other side of the island and detect it while operating in the field. There are a couple of nearly 600' peaks on Mayne which should provide a good shielding effect for testing ... maybe too good. Time will tell.