Large Loop On The Broadcast Band 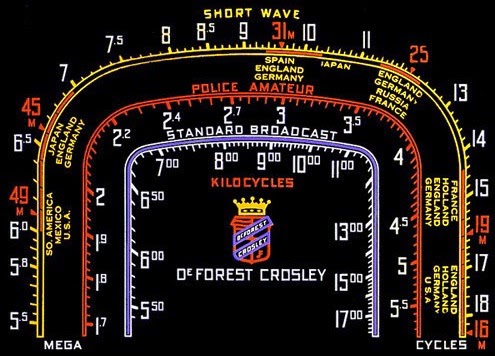 Those of you following my blog will know that I spent some time this fall designing and building a large rotatable loop for LF and MF (BCB) work. So far the loop has met my expectations and is working well. In spite of several strong storm blasts from the southeast (70-90km), the lightweight PVC frame has shown little desire to grab the wind and destroy itself. For anyone seeking a simple and inexpensive method of mounting a rotatable loop or Flag type of antenna, I believe this mounting system would be excellent.

Over the past few weeks I have logged several new catches on the BCB with three of the highlights shown below. The two stations on 530KHz are both from Cuba...Radio Rebelde at 1Kw (Gauntanamo) and Radio Enciclopedia at 10Kw (Villa Maria). Note how the propagation this night almost puts the two signals, from opposite ends of the island, on a level playing field. 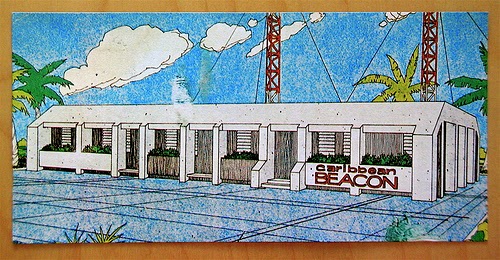 At the other end of the band, the Caribbean Beacon on 1610, from The Valley, Anguilla, has been making regular appearances with a strong signal as well.

With the recent surge in solar flaring, the band has not been its normal December self over the past few nights...hopefully the sun will calm down and things can return to normal soon. 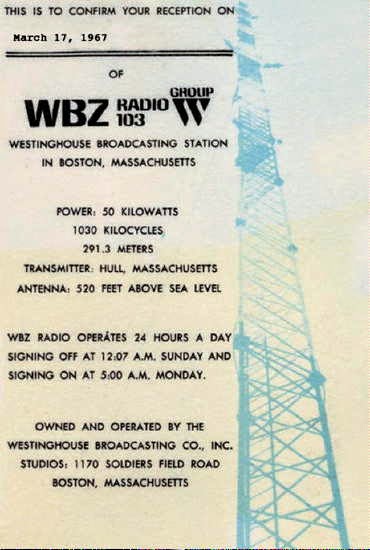 DXing the broadcast band was one of my very first radio activities, starting around age eleven.
I vividly recall my excitement after catching WBZ-1030 in Boston, MA on my little 5 tube AC/DC radio and loose-coupled longwire. I had been hoping to catch an ID from them after listening for them for several Saturday nights! I even managed to get a QSL for my wall, similar to this one, shortly after the big event.

It's great getting back to my radio "roots" although DXing on the BCB has changed so much over the years, with fewer stations regularly identifying and no longer signing-off at midnight. Using the Perseus SDR has also made catching idents much easier, with the ability to record the entire band for hours at a time...or as long as one's hard-drive will allow.
at 17:31