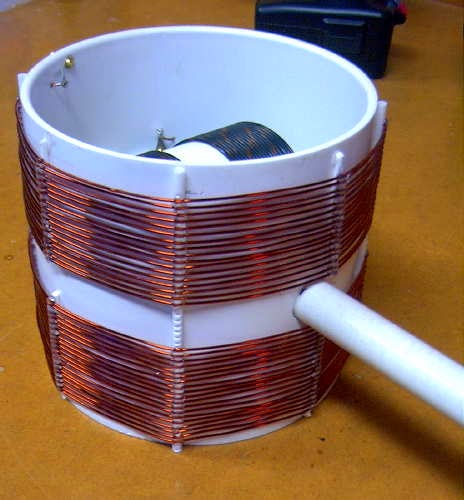 I've managed to complete my new 630m loading coil / variometer combination but will need to wait for the completion of my impedance matching transformer before I can test it out on the antenna. From earlier tests on 475kHz, it seems that my inverted 'L' needs about 190uH for resonance on 630m so just a small loading coil was needed. The built in variometer will allow the system to be tuned to resonance easily, without the need for playing with taps.

Once I had started to wind the main coil, I decided to put on a few more turns than I had originally planned, reasoning that it would be easier to remove turns if less inductance was needed than it would be to add more turns if I fell short. 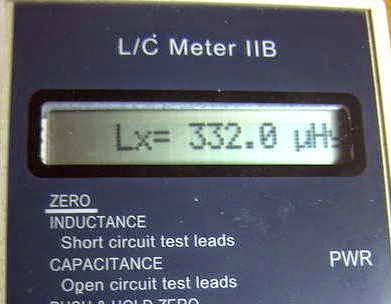 Originally planning for something in the 130-230uH range, the final result produced 177-332uH...certainly more than enough and perhaps a little too much more. I may end up removing a few turns from the main coil as apparently the best variometer efficiency is realised when operated towards the maximum end of inductance, rather than at the low end or when the inner coil is bucking the main coil. 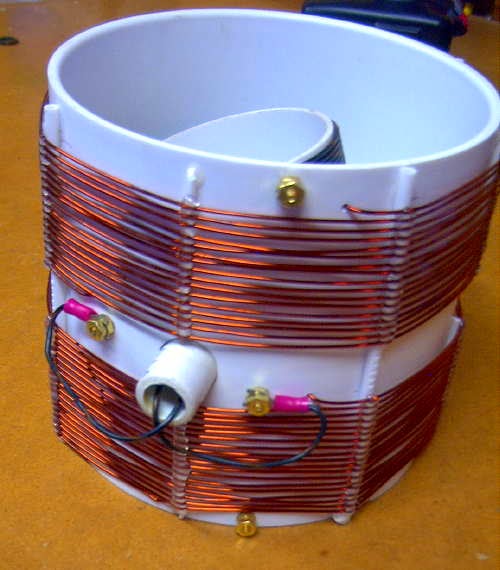 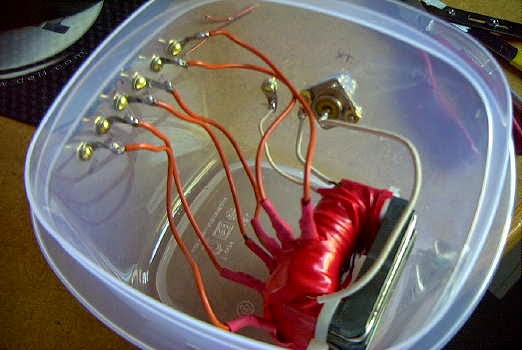 My matching transformer will be similar to the one used on my 2200m system for the past several years. Construction details may be found on the GW4ALG web site.


This method of matching, rather than tapping up from the grounded end of the loading coil to find the correct impedance match, is much easier to use and readily allows for changes to be made as the seasons change from winter (wet) to summer (dry).

To avoid core saturation at 1kW, my 2200m transformer was wound on two pieces of 'street ferrite', a phrase coined by VE7TIL  to describe the abundance of these free flyback cores often to be found in discarded TV's and computer monitors. The ferrite usually has a very high permeability and works well in this application as well as for switching FET amplifier output transformers...and, the price is right!


The challenge is removing the core from its encapsulated shroud without damaging the core. Once you get the hang of it, it is fairly easy to do, but you must work carefully with the brittle ferrite.

With the proliferation of LED TV's and monitors, this source of free cores will not be around  much longer so grab them while you can ....this ferrite is just too good to throw away!
at 08:39

Thanks John...I do see room for improvement however ;-)