With the fresnels in hand, a pair of plywood box enclosures were built...one for the receiver and one for the transmitter. Eventually they would be coupled together so that both would be pointing at the same distant spot. 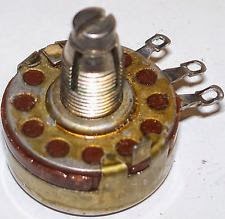 The next step was to use John's design to mount the receiver and transmitter modules so they could be locked into position once aligned properly. His system used the 1/4" split shaft locking mechanism removed from an old Allen-Bradley potentiometer to hold a short length of rod fastened to the module's case. 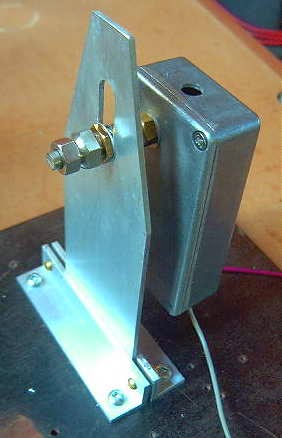 This allowed the shaft to be moved forward and backward for focus while the slot in the mounting plate allowed for vertical centering. The plate mounting mechanism itself allowed for lateral centering. This system allowed for the locking of the receiver's photodiode at the exact focal point of the fresnel lens.The same scheme was employed for the transmitter's LED as well, since accurate focusing was critical there also.

In order to focus as much of the LED's light onto the primary fresnel lens, a small inexpensive (secondary) collimating lens was required. This assured that the fresnel was properly illuminated out to its edges and no further. Any light spilling over the edges of the fresnel would just be wasted. 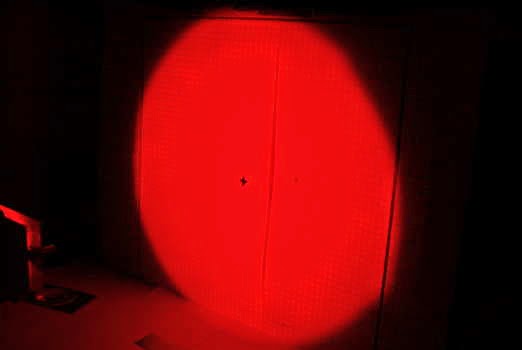 Our particular fresnel had an effective aperture of 260mm and a focal length of 200mm, producing an F-number (f/D ratio) of .76.... Clint suggested that our collimating lens should have an F-number of ~ 1 - 1.2 and be a PMN (Positive MeNiscus) type and that we hedge our bets by trying lenses above and below that value. Ideally the collimator should be at least 25mm in diameter for ease of mounting and, when perfectly illuminating the fresnel, be as close to the LED as possible, if not touching it. Just placing a less than ideal secondary too close to the LED would end up over-illuminating the fresnel, while having it too far away would under-illuminate it.

Accordingly, four small glass collimating lens of various F-numbers were purchased from Surplus Shed at around $4 each. Each lens was then mounted on a drilled-out piece of PCB material using 'JB Weld'. 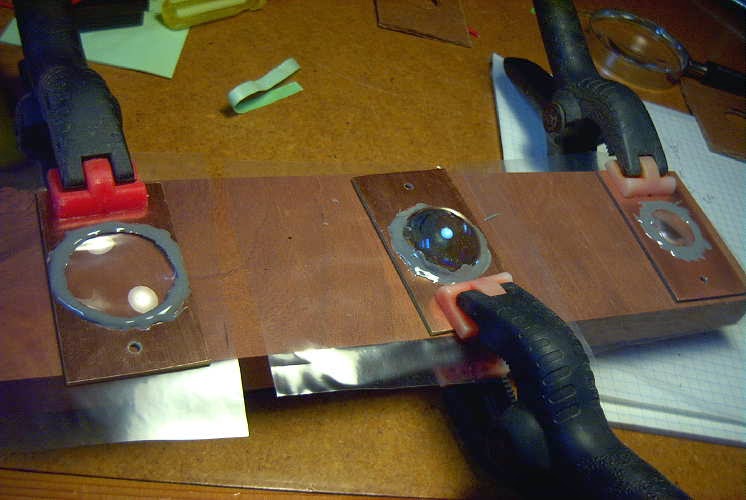 Once cleaned-up, the lens board was then positioned directly over the center of the LED on a machine-screw carriage mount. The carriage allowed the lens to be locked into position once it was correctly positioned. All four lenses were tested to see which one would correctly illuminate the fresnel while still being as close to the LED as possible. 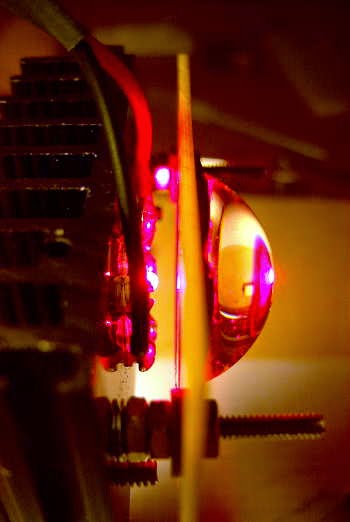 The eventual winning secondary lens was #L10016 (.9 f/D) which allowed for a sharp and fully-illuminated fresnel while being just a few millimeters above the LED.

The next step was to adjust the entire LED and secondary carriage for the sharpest focus on a distant flat surface. This was done over a distance of about 200' and was a fairly fine adjustment.


Once done, it was actually possible to see the two fine wires connecting to the LED die on the distant projected image. 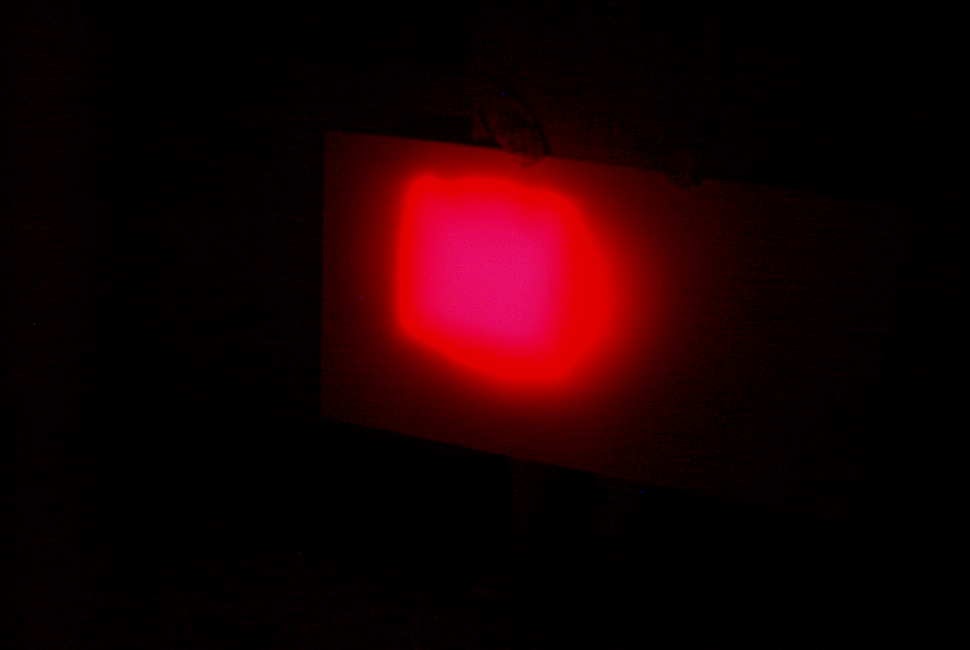 With the final focusing taken care of, the tone modulator and MOSFET LED driver were installed. This used an IRF540 switching FET, driven by the digital tone signal to control the current through the LED. 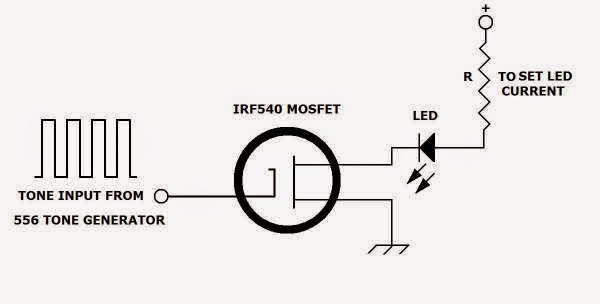 All we could do now was patiently wait for a nice clear evening to put the system to work.
at 08:27

Very interesting - most of it is over my head, but I have enjoyed reading about this subject.

Be sure and let us know how the test goes the first time you take it to the field!

Thanks Burke...glad you are enjoying the adventure! None of us knew anything about LED comms either but the web is just full of great info...especially Clint's superb optical pages...and the Radcom articles. All highly recommended.