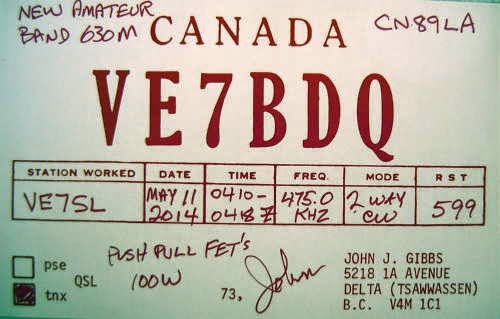 In early May, VE7BDQ (John) was my first contact on our new 630m amateur band! Soon after, I had QSO #2, with VA7JX (Jack), on Vancouver Island. So far there appears to be only one other station in Canada on the band... VO1NA in Newfoundland!
Where are the rest of the Canadians? It's not too late to be the 1st VE6, VE5, VE4, VE3, VE2 or VE1 on the new band!

Hopefully there will be more stations active before the winter DX season gets underway! 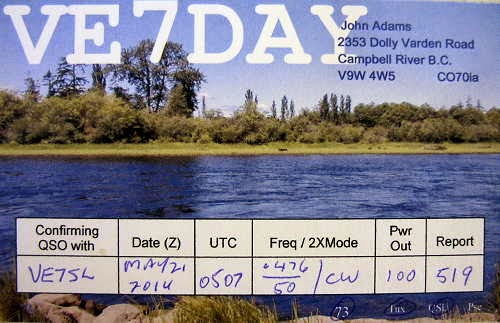 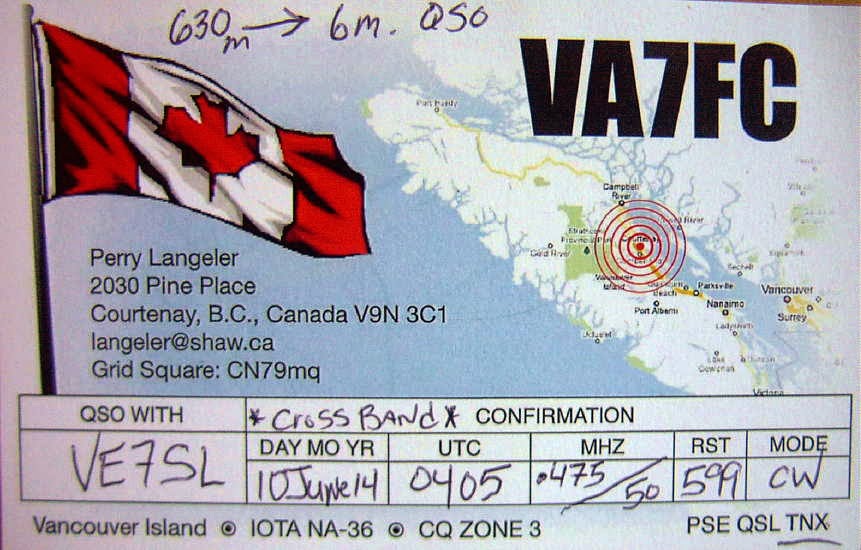 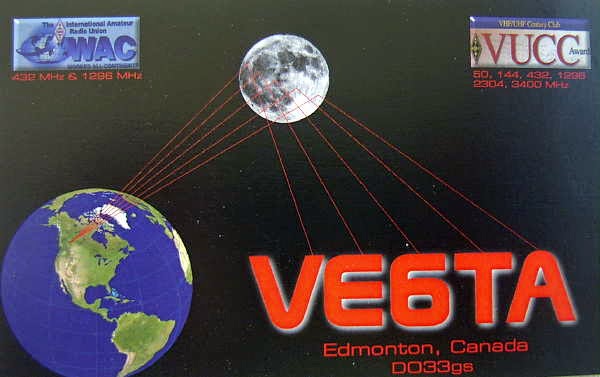 Both John and I would love to do a lot more crossband work, especially with stations in the U.S.A. who presently cannot transmit on the band but may still be very much interested in 630m. A recent overnight beaconing session at 25 watts output clearly indicated that under fairly normal conditions and with a good receiving system on 630m, my normal speed CW signal can cover a wide geographic area during the hours of darkness. Having up to 500 watts of power available for CW, my signals should have good coverage to all of the western and central states at this time of the year.

Such crossband type contacts are perfectly legal between any and all stations in the "amateur radio service" and at one time, this was the only mode available between Europe and North America on the 50MHz band, as this tantalizing review of Cycle 19's amazing propagation explains.

If anyone, anywhere (both U.S. or VE), would be interested in attempting a crossband CW QSO, I would love to try! Please contact me via the comments section below or via e- mail.

I would also be interested in hearing from any Canadians who are planning to get on the new band as I am trying to keep track on my website's LF page.
at 11:06