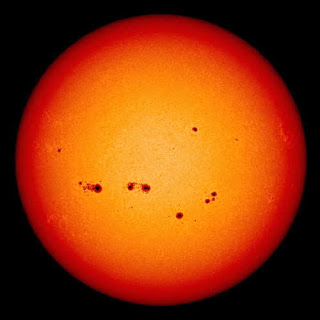 A recent discussion on the Topband mailing list regarding the exceptionally poor propagation this fall and winter, especially on the polar path, brought forth some interesting opinions as to the reason. The rapid growth of solar Cycle 25 and its seemingly continuous flaring was the prime culprit ... but what was the exact mechanism?
One of the best and clearest explanations was posted by Frank, W3LPL, who, with 317 countries confirmed on 160, knows a thing or two about propagation on topband! His comments are particularly relevant for stations in the northern regions of the US as well as for all regions in Canada.
"
160 meter DX propagation is often badly affected by nighttime propagation degradations, especially as Solar Cycle 25 becomes much more active from now through solar maximum in about 2024-2025 and as it slowly declines to current ionization levels through about 2027-2028.
Solar flares have no known impact on 160 meter DX propagation. Solar flares produce electromagnetic radiation that travels from sun to Earth at the speed of light - in about 8 minutes. Solar flare electromagnetic radiation (mostly X-rays) affects only the sunlit side of the earth and ionosphere. There are no known physical processes that extend solar flare effects into the night time ionosphere.
While solar flares have no relevance to 160 meter DX propagation, solar flares often occur coincident with (but are not caused by) coronal mass ejections that can cause severe post-midnight absorption in the D region on propagation paths that cross the auroral oval (e.g., North America to northern Europe and Asia). CMEs cause the auroral oval to dip to much lower latitudes causing post-midnight increased D region absorption on propagation paths crossing lower latitudes.
Unrelated to CMEs, coronal hole high speed stream effects also cause increased D region absorption in the post-midnight auroral oval and occur very frequently compared to geo-effective CMEs (thankfully most CMEs never strike the Earth or its magnetosphere, they usually miss our tiny planet).
But what about 160 meter absorption usually present much earlier in the night, from sunset through midnight and later?
The E region usually retains enough ionization to degrade 160 meter night time propagation especially during the more active years of the solar cycle. The ionized night time E region causes increased absorption at the bottom of the E region (just above the D region) and blankets propagation that would otherwise pass through the E region to the F region. Blanketing causes many shorter hops that suffer increased loss from multiple lossy passes through the ionized E region.
73 Frank W3LPL"
I found Frank's comments regarding the auroral zone (highlighted in RED) particularly interesting as it confirms behaviors I have noted for several decades while operating from SW British Columbia ... particularly when it comes to the MF NDB band (200 - 530kHz). Time and time again while propagation on these frequencies has been severely degraded, stations just a few hundred miles (often less) to my south or south-east enjoy almost normal propagation. I've long-suspected that the AU zone has temporarily slipped this far south while my not too far away neighbours have escaped its unwelcome reach.
I have ALWAYS associated these poor conditions with signal absorption by a heavily-ionized D layer that has not dissipated after darkness but it seems a second factor may also be in play, that being from the E-layer as explained by Frank (highlighted in BLUE).
Although CMEs and flares can cause a lot of disruption, the big culprit for the past few years has been an almost continual barrage of high speed coronal hole streams that have regularly killed nightime propagation on 80 and 40m as well.
With Solar Cycle 25 really starting to ramp up (three X-flares in the past two days!) it's very likely we will see poor propagation on topband as well as on the lower HF bands for the next few years. Some relief may be in store during the downslope ride as there is generally less flare and streaming activity during this period than on the ride up.
None of this eliminates periods of quiet geomagnetic conditions at any time, producing worthwhile propagation, particularly on the non-polar paths ... so don't turn off your radios!
at 15:05