The Joys Of ERP

The following blog was originally published four years ago and with the ever-growing number of new 630m stations, some may find the information helpful.

Although this doesn't sound like much, mustering this amount of effective power can be quite a task on either band, especially on 2200m. This is due to the very poor efficiencies encountered when using antennas that are so small in size compared with what would be considered 'normal'. For example, a typical 1/4 wave vertical used on 40m is about 33' high and with a good radial system can achieve efficiencies in the 80% range, while the equivalent antenna for 2200m would be 550m or about 1800' high ... a little large for most suburban backyards! 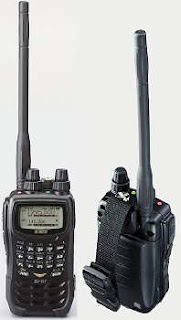 The equivalent of a normal 2m 'rubber-ducky' antenna when built for 2200m would be over 600' tall, while one designed for 630m would be around 170' high! A 2" stub used on your 2m hand-held would be the same as a 56' vertical on 630m. Consequently, most LF / MF backyard antennas will realize efficiencies of less than 1% and likely, quite a bit less.

In order to reach the maximum radiated power levels allowed usually requires several hundreds of watts, especially on 2200m, where near kilowatt levels are needed. These small radiated power levels might seem discouraging but they don't account for radio's great equalizer ... propagation. More than anything else, RF loves to radiate, and at times, what can be achieved on these bands with such low effective radiated powers is stunning

It would seem that Industry Canada did us no favors when they stipulated LF / MF power levels to be measured in EIRP and not the, much easier to calculate, DC power input level ... or perhaps they did. I think that, unlike on HF, imposing EIRP rather than DC input power limits puts everyone on an even playing field. Amateurs with lots of real estate and room for a larger, more efficient LF antenna, will be required to run much less power to reach the allowable EIRP and 'stay legal', compared to someone with a small backyard in the suburbs ... the latter can legally generate the higher level of DC input power required to reach the EIRP limits since their smaller antenna is operating at less efficiency. However, determining EIRP is not as cut and dried as measuring input power.

With some fairly sophisticated (ie. expensive) field strength measuring equipment, not typically found in amateur radio operations, ERP / EIRP can be readily determined. This means that for most amateurs,  alternate methods must be used.

Neil, WØYSE in Vancouver, Washington, who runs an experimental 630m station under the call of WG2XSV, has produced an excellent treatise on calculating your station's EIRP level, providing a step-by-step procedure to follow.

In order to determine your ERP / EIRP, you must first determine your antenna's radiation resistance. Two methods of calculating the antenna's radiation resistance for both verticals and top-loaded verticals (inverted L's or T's) are demonstrated, using the physical size of the antenna in relation to the frequency of operation. Once this value is known, the antenna current is measured while transmitting. These two values allow the Total Radiated Power (TRP) to be calculated. The TRP is then multiplied by 3 to yield the EIRP or by 1.82 for ERP. Roughly speaking, 5W EIRP is the equivalent of 3W ERP. Thanks to Neil for this helpful resource.

An alternate method of roughly determining ERP / EIRP values is an interesting new online 'antenna simulator' at the 472kHz.org site. Using known physical sizes along with your ground quality description, the calculator will indicate what total power output is required to produce various levels of ERP and EIRP as well as expected antenna currents, at 472kHz. It's a good starting point if you are either planning a new antenna system or perhaps, repurposing an HF antenna such as an 80m inverted-L or an HF center-fed dipole for use on 630m.

Neil has also sent the following comments that will be of interest to those planning a sloping-wire tophat:

I just read ur article about the Joys of ERP and EIRP. I am always glad to see those blogs about the LF and MF bands. They help get people interested in the new bands.


Thanks for mentioning my treatise on Rr, ERP, and EIRP. On that page is a link to an Excel spreadsheet that I developed to make the calculations easy. You can see it here.

However, it assumes that the top wires are horizontal. If the top wires are slanting downward, as when they double as the upper part of guying lines, then we have to modify the data we enter in order to get closer to what a NEC antenna modeling program would tell us.


Here is what I learned recently from Jim, W5EST (in one of his recent articles on the 630m daily report on John Langridge's blog site). If the top hat wires slant downward, then we need to subtract 1/2 of the downward component of the hat from the vertical section of the antenna due to partial cancellation of the radiation of the vertical section. Similarly, since the wires slant, their horizontal reach is less, so we must add up all the horizontal components of the top wires and enter that as the top load data.


Here is an example from my own antenna system: My antenna is 40 feet tall. My three top loading wires drop 18 feet and they extend out from the vertical 17 feet. So my effective height (for this SS) is 40 - 1/2(18) = 31 feet. Then the horizontal number for my top load is 3 times 17 feet = 51 feet. I have attached a copy of the SS for you with this data entered into it.


Some of Jim's articles are being copied onto a developmental site here. Scroll down the left side to TRANSMIT ANTENNAS. There are 7 articles there by him and some others as well. Eventually (soon maybe ?) they will be moved over to "630m.net".


There are also a number of online calculators that will indicate your ERP / EIRP value when you plug in your antenna's 'gain' figure along with your TPO value. Some of the better antenna modelling programs can produce estimates of your antenna 'gain' at 630m and from there it is a simple matter of calculating what power is needed to reach the legal level.

I'm sure there will be a lot more information and discussion about this topic once the LF and MF bands are released in the U.S.A. but in the meantime, calculating your ERP / EIRP levels is not as hard as it might initially seem ... and is likely accurate enough for most agencies overseeing amateur radio activities.
at 11:29