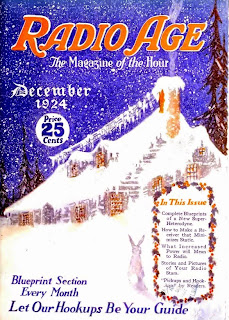 As the cold days of December dragged on, like most high school kids, I always looked forward to the arrival of the Christmas holidays  ... even more so once I had discovered the magic of radio.
For me, it meant being able to stay up as late as I wanted, listening for shortwave and broadcast band DX on my big old GE cathedral-style radio.

My radio shack was located high in a cozy attic bedroom, on the top level of our old three-story house in the middle of Vancouver. I can never recall having any kind of noise-related problem back then, in the pre-digital age. It seemed that even the power lines were quiet!

One particular Christmas holiday stands out above many others ... December '64. By then, I was licenced and on-the-air as VE7ANP. I was using a Heathkit DX-20 (30 watts out) along with the Heathkit VF-1 VFO ... the one with the mesmerizing green dial (it was the sight of one of these dials a few years earlier that tweaked my interest in amateur radio ... but that's another story!). 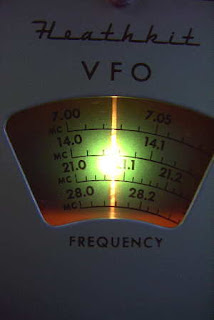 My receiver was an aging but lovely BC-779 Hammarlund Super-Pro.


On the peaked porch roof just outside of my upstairs attic window, was the base of my new 40m antenna ... a full-sized 40m vertical  groundplane. It was made from 33' of galvanized eavesdrop drain pipe, reinforced with an inner 2x2 and guyed in three places. The ground counterpoise system consisted of just three bell-wire radials, each a quarter-wavelength long ... one to the boulevard tree and the other two wrapped around the sides of the house, just under the eaves. The antenna was fed with about 10' of RG-58 coax. Switching was handled via a footswitch-controlled 'clunky' relay that also switched the VFO on for a better sounding note. The highly affordable VF-1 was not known for its great stability but by finding just the 'right' 6AU6, and keeping the switch contacts clean, it could do a pretty good impression of a real VFO.

This particular holiday stands out because I was intent on trying to work some JA stations on 40m, in the pre-dawn hours. I had worked several JA's on 20m CW earlier in the fall but working Japan on 7mc with my previous low wire antennas had proven to be very challenging. I hoped things would be different with my new 40m vertical.

I recall rising the first morning of the holidays to find that we had received a huge overnight snowfall, about a foot in total. This seemed to happen a lot more often back then than it does now. The peaked roof supporting the groundplane was piled high with fresh snow and completely covered the vertical's feedpoint and the radial wire junction. I pulled-up the wooden window's bottom sash and reached far enough out to clean all of the snow from the antenna's base while the rig, preparing itself for the impending assault of 40m's low end, warmed-up just beside me.

A careful tune across the band brought a plethora of signals sounding as clean and crisp as the morning air ... it was the perfect 'DX-morning'! I managed to work several JA's that morning and throughout the Christmas break. Several of the contacts stretched well past my local sunrise, as 40m revealed some of her DX secrets to me for the first time. 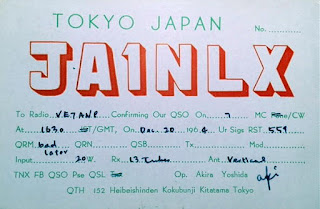 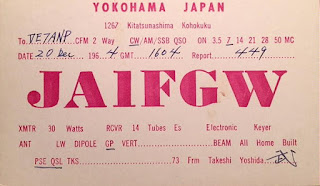 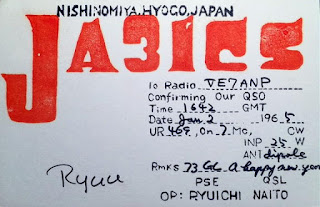 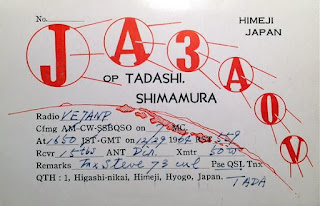 Like so many Christmases past, the memories of my Christmas '64 radio experiences are as vivid as if they had happened yesterday. I hope that your Christmas of 2016 is as joyous and memorable as well.