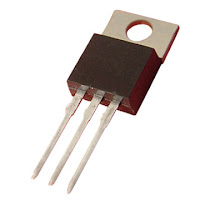 A recent posting to Yahoo's 'GQRP' reflector spurred discussion of the growing number of fake transistors being seen on e-bay. A builder enquired about the low efficiency noted in his recently built Chinese '49er' kit.

I recently bought one of the Chinese Forty-9er transceiver kits off ebay and on receive it works well. It certainly transmits, but the power is down to 800mW and the driver transistor is getting very hot. I'm not expecting a lot of power from it, but power claims are 1.8W to 3W. I'm more concerned about the hot driver transistor. The following link shows the circuit diagram.

I've checked for spurious oscillation (a problem I've had before), but can find nothing. Does anyone have any ideas for why the transistor is getting hot?

It was suggested that the transistor in the PA may not be up to specs and even be a 'fake' as these types are commonly noted on e-bay, selling for prices that are too good to be true.


Without taking a close look at your built kit, my suspicion would be the PA transistor. The schematic provided in the listing to which you provided a link shows a D882 as the PA transistor. This is a 2SD882 transistor is a garden variety audio amplifier transistor at best. Some data sheets show a fT of 100 MHz. These 2SD882 transistors are listed and sold by the handful on eBay for a couple of dollars for a dozen (plus and minus). Perhaps substituting a good quality better suited to RF duty transistor would be the ticket. Perhaps something like a 2SC1971. But before you start looking for listings for a 2SC1971 be aware of the fake ones that also quite prominent on eBay and sell for only a few dollars. On eBay search for "eleflow" this is brand name of a manufacturer who is making good quality substitute devices for a number of the popular CB and HAM radio PA transistors - user name on eBay is weazle66. His listing for this particular device is 27187465609 BUT you will pay as much for this replacement PA transistor as you did for the kit ... To find out more about some of these fake replacement transistors, search for "FAKE 2SC1969 RF transistor" or "FAKE NEC & MITSUBISHI RF TRANSISTORS" on youtube. The poster has a number of such video postings. Searching Google for "fake transistors" or such will turn up much interesting.

The problem was eventually sorted out by exchanging transistors:

Firstly, thanks for all your help. Initially, I replaced the Chinese PA transistor with a BD139 and that increased power output to 1.2W and reduced the heating of the driver. Key down and it took perhaps 20s to get "finger hot", rather than 10s. Tonight I changed the driver transistor to a 2N3904 as used in the original Forty-9er and the driver heating seems to have gone away. A small heatsink on the PA transistor allows it to run at 1.4W output for 30s of keydown without any drop in power or the heatsink getting any more than warm.
Thanks for all your help and I hope this helps someone else.

A search of Youtube videos shows several builders that have split some of the RF devices open in order to compare die sizes of suspected fakes with the real thing:


Earl Andrews, VE3AB, has gone to considerable effort to test and compare many of his transistor purchases and indicates that there are a lot of devices coming out of China that are outright fakes and have no hope of meeting the specs that you might expect. His interesting website has a lot of details about testing as well as a very comprehensive 'for sale' list of reliable devices. Earl also suggests using caution when buying e-bay Chinese electrolytics as his measurements of ESR values indicate that many do not pass specs.

If you have purchased fakes or have found a Chinese source of the real thing, please let us know ... I'm sure there are plenty of dealers selling the real thing out there.
at 08:58

As always, I find many informative and enjoyable postings on your blog.

However, I must point out in your post regarding the 49'er that the "copy paste" of a post on the GQRP group was in fact mine. Of that I have no issue but later on you attribute much good information to Earl Andrews VE3GTC. In fact my call is VE3GTC, Earl's is VE3AB and his web site is a veritable cornucopia of interesting stuff.

Graham - thank you for bringing this to my attention! I have made the VE3AB correction and of course thank you very much as well for your original posting and follow-up to the problem....sorry for the mixup.

I've completed the construction phase of a Chinese 49-er. It recieves and transmits, but I've discovered when I listen on other receivers that it puts out a continual carrier between keying at the frequency of the crystals. Is this the spurious oscillation mentioned in previous comments? Where should I look for best results in fixing it? Would it be the crystal in the oscillator circuit or one of the transisters that is the most likely culprit?

Chris/Jan
I just got a forty-9er from china for $11. I am looking for good instructions and/or schematics. As to your question, regarding the "spurious" oscillation, it seems that the local oscillator is constantly running. That is probably what you hear.
Wish me luck
Joe W3TTT

For those interested, the March 2016 issue of the ARRL publication QST has an interesting article on the Forty-9er and a VFO modification that eliminates the crystal frequency control and uses an Arduino Nano microprocessor and an AD9850 signal generator to build a CW unit that can access the entire 40 meter band. I am in the process of building one now. The article has links to detailed modification and assembly guides. The modifications are based on the DDS VFO project in the book Arduino Projects for Amatuer Radio by Jack Purdum and Dennis Kidder. I have a copy of the book and would highly reccomend it also. 73s KG5MPD.

I just bought one of these Chinese 49ers. Will consider the substitute values you mention. Thing doesn't come with instructions. I can muddle through it though. Only one question. How many turns of wire do the toriods take.

Michael - I have not built one so can't tell you. I do recall seeing a schematic / instructions that someone had put together here on the web. Perhaps a Google search will turn it up. The Yahoo GQRP Group has much discussion regarding this so that would be a good starting place. As well, try and find a schematic of the 'original' (U.S. kit) 49er as it is probably very similar.

Dear friends, is it enough to change xtals to 21MHz and low pass filter capacitors and inductance to 2x100pF plus 0,38uH to get it going on 15m
band?

Michael,
With regard to the toroids, the schematic with mine has toroid sketches to the side, with notes in Chinese that reference the wire diameter and, I'm guessing, the number of turns. The note for L3 (FT37-43) shows 11, and for L4 (T37-2) it shows 16.

Since I do not read Chinese, and haven't built the kit yet, use my comment at your own risk.

Just found the an assembly guide at the following link: http://www.farrukhzia.com/k2zia/Purdum0316-QST-in-Depth-AssemblyManual.pdf

Has color schematic and includes the instructions for the toroids.

Thanks for posting this tidbit, Steve. I stumbled across it while assembling the Forty-9er-with-VFO mod that RickG linked to above. I was testing the transmit functionality into a dummy load, when I heard a soft "pop" in my earphones and the unit suddenly began receiving AM broadcast stations. I discovered that the D882 final had blown.