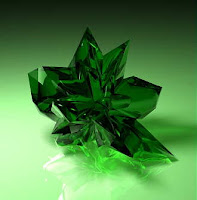 Recent emails from two friends brought new insight into a blog that I had been intending to do for some time.

As has been mentioned on more than one occasion, I discovered radio in the late 50s at the age of 10, after reading an article about shortwave-listening in a drugstore magazine. My father was able to rescue an old GE cathedral from grandpa's downtown barbershop, where it sat gathering dust for several years in the back room storage space. Fortunately, it immediately came to life when plugged in, and soon after dad spent an afternoon scurrying about on the roof of our 3-story house in central Vancouver, my radio-adventures began. Life would never be the same!

As I recall, the first couple of weeks were spent listening to radiotelephone traffic between various tugboats and their dispatchers, in the 2 megacycle marine band. Initially it took me awhile to figure out what I was listening to but found it fascinating to hear the tugboats up and down the coast getting their daily marching orders.

It wasn't too much later that I discovered the international shortwave bands and I was soon keeping detailed logs of my catches and mailing for a coveted QSL. Friday nights were always special as it meant I could DX well into the night and not worry about having to get out of bed for school early the next morning. My 3rd floor bedroom shack was the true definition of 'warm and cozy' and a memory I will always cherish.

Up to this point I had yet to discover ham radio. I must have tuned across a few conversations on phone but evidently hadn't been too awestruck at what I had heard ... perhaps I didn't know what I was hearing or was unable to comprehend some of the expressions they were using or what they were talking about when describing their gear. For whatever reason, the ham radio 'trigger-event' had not yet transpired ... but it soon would.

By this time, I had moved upward, from the Boy Cubs to the Boy Scouts. I must explain that these activities were forced upon me by my parents and not something I particularly enjoyed, especially the midwinter camping trips that were always pouring rain or freezing. Again, from grandfather, I had been provided with an old, virtually uninsulated, WW1 sleeping bag, that wouldn't have kept anyone alive at the western front for longer than a week. These all too regular winter excursions to the rain forest were pure misery and if I wasn't freezing to death then my sleeping bag was usually getting soaked from the river of rain running through the tent ... most of these weekend outings were sleepless and left me feeling like a zombie for the next few days. But ... not every scouting experience was bad and in fact, it was a scouting event that would soon provide the ham-radio 'trigger'!

The opportunity arrived for those that wished, to visit a local 'ham station' to partake in some sort of 'on-the-air experience'. This would have been in 1958 and having been already familiar with shortwave radio, I immediately signed-on.

A few weeks later, about six of us found ourselves in the basement shack of Ernie Savage, VE7FB. Although a stranger to me, Ernie was a well known 75m phone traffic man and an ardent 75m mobile operator. Although he was only about five-foot two, Ernie was a powerhouse of a personality and most of us cowered quietly as Ernie tweaked the dials and with a tight grip on his large microphone, barked louder than his small stature might suggest ... all of us quietly prayed that Ernie wouldn't pass the microphone to any of us.

And then I saw it! Although I didn't know it at the time, it was a pivotal moment in my development and would shape all aspects of my life from that point forward.

As Ernie reached up to change the frequency of his mammoth Heathkit DX-100 my eyes gazed upon and then became fixed on the big Heathkit's green dial ... the magical green dial that could take him anywhere he wanted to go, with just a twist of the wrist. There was something about its semi-transparent, alluring green shade that just grabbed hold of me. It was one of the coolest things I had seen in my first experience with amateur radio and I knew, from that moment on, that I wanted to get involved in this amazing hobby. Instead of just listening to signals, I could be making my own!


Like so many memories from my youth, this moment is still fresh in my mind ... I can still visualize everything in that room as if I had just left Ernie's shack. Although the warm orange glow emitted by the dials of the equally mammoth Hallicrafters SX-28 'Skyrider' were stunning, it was the inviting glow of the little green Heathkit dial that I found myself focused upon ... how odd this all seems to me now, thinking about it over sixty years later.

Perhaps the Heathkit engineers had learned of the 'power of green' from those earlier genius Hallicrafter's draftsmen ... can anyone deny the alluring appeal of a Hallicrafter's front panel or dial?

Whatever the reason, Heathkit engineers were no slouches either when it came to luring young radio-crazed boys as well as full-grown men with their eye-appealing ads and clever designs.

As a young teen, I could never afford to buy a DX-100 but I was able to buy a VF-1 and added one to my Heathkit DX-20 workhorse. With the lights turned off in the high attic bedroom shack, the orange dials of the Super Pro and its backlit S-meter combined with the seductive green glow of the VF-1. It just couldn't get any better!

Until recently, I had no real idea of why I had found the green dials so enchanting but an email from Mark, VA7MM, finally made it all perfectly clear. Mark offered the most plausible explanation ... the diabolical Heathkit and Hallicrafters engineers had been putting Kryptonite in their dials ... the stuff that even Superman found overpowering and unable to resist!

It was now so obvious why countless thousands of young boys and grown men had found these products so difficult to resist ... seems we never had a chance.

Great story Steve. Enjoyed it. Thanks for sharing. 73, Bas

Good old FB. Ernie FB and Tony XQ were close in the 40's. Tony
lived in a garage in the lane off 5th and Sasamat before he was
posted away to the Pacific by Grant McConachie. Both were involved
with traffic arising from the '48 flood in the Valley. Maybe that's
how they met. Ernie was in his house before WWII and was still
there in 2001.

Ernie appears in archive issues of the CAROA journal. He was a
perennial in the "QST" section reports. I remember hearing him on the BCPSN, and I know now that he was its founder, with Wilf VE7US.

He was a tanker in WWII. His son James prodded him into telling
me a story about rolling a tank inverted at speed -- supposedly
performed as his response to an impossible challenge!

I don't remember seeing his DX-100. Now I feel disappointed.
I'd see those sets in old ARRL Hbks in the Carnegie library in
Victoria. I was a teen when I put together my HR-10B. Later,
I had the privilege of using the DX-60B and VFO set loaned to
VE7UBC after our Collins S-Line was sold. My HR-10B was deaf
on 10m, but I never knew how deaf, as 10 was dead when I assembled
it. It was wide. I couldn't tighten the knobs enough. And the
audio tube went gassy. It had the Green Glow aura, just the same.

Thanks Bas and Dan.

Dan, thanks for your comments and additional info about Ernie. He was a real character for sure. It seemed that most hams were real 'characters' back in the 50's early 60's or perhaps it was just our wide-eyed perception of these folks who us youngsters held in awe since they were 'real hams'... something I dreamed of becoming but had to wait until I turned 15.

Your comments regarding the Heathkit DX100 brought back great memories! The first time I saw one was at high school friend's shack. After that I was hooked. And yes the green glow was somehow mesmerizing. Would not have been the same in plain white.
Thanks for sharing,
Brian AB9ZI