With the summer Sporadic-E season now approaching its midpoint, it looks as though this year may be another poor one. Having been operating on 6m every summer since the early 70's, I'm beginning to believe that we may be seeing some changes in what was once the normal summer pattern.

This summer, I can count on one hand, the number of good solid openings ... openings lasting for several hours. Over the past forty plus years, summers on 'six' for me, here in southwestern BC, were usually very predictable. The last week of May would usually see the start of regular band openings that would quickly escalate to almost daily openings through June and July. It was not uncommon to see the band open all day, into the very late hours and then still be open the next morning. Intense Es from California predominated the 70's and 80's ... much different than the past several summers here. The stronger openings now, when they occur, seem to be more to the southeast, favoring Colorado and other nearby central states. At times, this will turn into double-hop to the southeastern states, usually favoring the 'EM' grids.

Really long-haul openings have also taken on a different flavor. For more than two decades, openings to Japan on Sporadic-E almost always occurred late at night, near midnight ... late afternoon for the JAs'. The openings rarely favored anything other than the west coast. Openings to Europe from the west coast were, for the most part unheard of, and any claims of summer-time EU contacts were often dismissed as 'wishful thinking' and not taken too seriously.

A huge shift in long haul Es over the past decade has pretty much re-written the rules of what we have always taken to be 'normal'. Summertime openings to Europe, from the west coast, have now become a regular expectance and, although still rare and usually short-lived, somewhat dependable. Our midnight openings to Japan have largely disappeared ... replaced by hour-long, mid-afternoon or dinner-hour JA runs, and more often than not, right over our west coast heads to any U.S. call district fortunate enough to be in the propagation's hot-spot. All of this is so very different than the 70's and 80's!

So why are things different now? Is it subtle influences from our ever-changing sun? 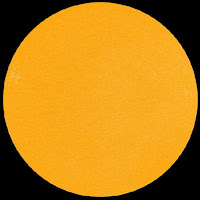 We are now heading into our sixth straight day of a spotless sun, but in reality, solar activity has been slowly winding down for the last several years. Long term studies tend to show that the solar cycle has little effect on summertime Es, but maybe not.


Is it climatic change ... global-warming? The e-layer is supposedly high above any weather influence yet there is evidence pointing to Es being associated with lightning storms and high altitude plasma-driven sprite activity. Maybe global-warming includes ionospheric changes as well and perhaps weather plays more of a role than previously thought.


Is it changes in equipment, with an ever-increasing number of 6m stations sporting huge antenna systems and higher ERPs' than ever before?


Maybe it's the influence of the Internet on operating practices? There is no doubt that having the ability to watch and follow realtime propagation paths, by the very minute, has made a huge difference in operating strategies ... along with big payoffs when it comes to catching those fleeting openings that would likely otherwise have gone unnoticed. On more than one occasion, I have worked Europeans on a seemingly 'dead band', with no propagation indicators at all ... just an announcement on the Internet that said station was calling 'CQ' at the time. Perhaps nowadays, there are just more savvy operators with good stations and a much better understanding of the DX possibilities ... slowly wringing out the best of what 6m has to offer. Maybe it's a combination of several factors.

Let me qualify my observations by saying that these have been my experiences and perhaps unique to the PNW and southwest VE7 only. Longtime Es data-collector, WA5IYX (Pat) in Texas, graphically shows the yearly Es variance in his region. The pattern appears somewhat sinusoidal in nature over the past few decades, but except for the occasional 'stinker', the variances from one summer to the next are not huge.

Unlike my local area, the southern states near the Gulf of Mexico have always been an Es hotspot compared with the rest of North America, no doubt due to their closer proximity to the equatorial zone and its radio-magic.

Are my observations similar to what you may have observed over the past many years? Are the changes real or only imagined? As with most global events being driven by mother nature and continually dynamic, I see no reason why 6m propagation should remain constant from decade to decade ... but I'd sure like to see a little more of it.

Now, usually when I voice complaints about our bad 6m propagation, it seems that things often flip from terrible to amazing soon after. The best Es of the summer often peaks in or close to the first week of July, now fast approaching. Let's hope that this is one 'constant' that hasn't changed as well!

As is so often the case with these relatively new types of openings between EU and the west coast, there were no particular propagation clues from this end, other than a brief reception of the KØGUV/b in Minnesota. I was only alerted by the EU propagation reaching as far west as Colorado (KØGU) and a posting on the ON4KST 6m propagation logger that K7RWT in Oregon was hearing the VA5MG/b, sometimes a precursor to PNW propagation over the pole. The propagation map at the time shows no real indicators out this way ... once again, the value of realtime prop-watching via the Internet seems to have played a big role in finding these types of openings.

Great post. This subject is the topic of the August 2016 WA50 column.

By the end of May the summer 2016 sporadic E season here in North America has been a big disappointment. One of the worst seasons in many years. Longtime sporadic E observer Pat Dyer WA5IYX San Antonio, TX noted only 440 minutes of sporadic E in May, 2016. To compare, he observed 1,135 minutes in May, 2014. "I've seen this for 30 years, but so far this is far the worst ever... "- Jay, KA9CFD on ON4KST 6 meter region 2 chat June 4.

Thanks Jon! The summers have taken on a very different flavor compared to what has been the norm for so many years. Again today (Friday), the west coast had another great opening into EU and I managed to work two EI's, a DL and a G4. None of this type of thing ever happened before early 2000! I'm almost convinced it is related to global warming of the high atmosphere and likely into the ionosphere. Perhaps space weather is changing along with the Es.