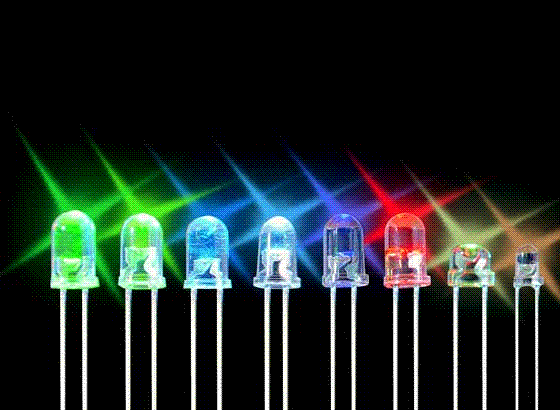 A recent posting by Jan, VK4EBP, to the Australian Optical DX Group in Yahoo Groups, has given me renewed hope when it comes to trying some non-line-of-sight (NLOS) lightwave tests. My initial interest in this was spurred by the excellent experimental work undertaken by Roger, G3XBM, all chronicled in great detail in his daily blog postings. A complete chronology of his efforts, filtered for NLOS experiments,  may be found by clicking here... but be warned...his information will have you wanting to break out the soldering iron and trying some of these things for yourself or, better yet, with another nearby amateur.

Jan's posting was chalk-full of useful "hands-on" information and was just what I needed to hear and led to some extensive and interesting conversation, well worth passing on to others. I could summarize Jan's work in point form but I think it is more interesting to let Jan describe it himself.


"Finally some success with over-the-horizon light. Briefly - several transmitters of several watts each were fired
simultaneously with the beams aimed at the tops of nearby trees, each
transmitter sending unique combination of tones (direct AM).
﻿﻿﻿﻿﻿
Reception was performed 1km away with the SFH213 photodiode/amp and a
plastic lens approx. 7x12cm. Receiver was aimed towards the TX site and
pointed just over the horizon.

Aural reception of 850nm infrared signals was very good. There was no
trace of TX signals in visible or near-visible spectrum. Signal quality on
850nm was further improved with an infrared-filtered photodiode (SFH213FA, 950nm peak) which provided some attenuation of suburban lights QRM.


My earlier series of experiments over the years was aimed at achieving NLOS short-range communications in a light-polluted metropolitan
﻿﻿environment. I had limited successes with high-elevation cloudbounce over
several km distance using both red and infrared. Very poor results with
high-elevation scatter in clear air, with blue light appearing the best,
and green and yellow the worst for the purpose. More recent tests
suggested that low elevations with infrared light offer a reliable link,
and today's results seem to confirm that.
More to follow! 10km test tomorrow night. 73 de Jan vk4ebp"

Jan has been testing several different TX emitters / wavelengths, simultaneously, each with a different CW identifier. His path started with a 1km hop through his local residential neighbourhood, with significant obstructions shown below. Later the path was stretched to 10km. His observations involving IR were particularly helpful:

"I was firing all transmitters at once, each with either pre-recorded tones or a picaxe generator. The transmitter  in the black box contains: 1x LZ
deep red 10W with condenser lens, 3x1W Golden Dragon 850nm IR LED with
+-4deg spot lenses, and 3x 4W LZ1 blue with +-5 deg spot lenses. Manually
switchable by my very patient family members on request via walkie talkie
from the receiving site. The two multi-LED arrays are approx 10W each in
total, one containing a multitude of +-3 deg SFH4550, and the other
+-10deg some other LEDs - do not remember after many years since building it. The small heatsink block contains 4x LZ1 far red, run at about 8W
total." 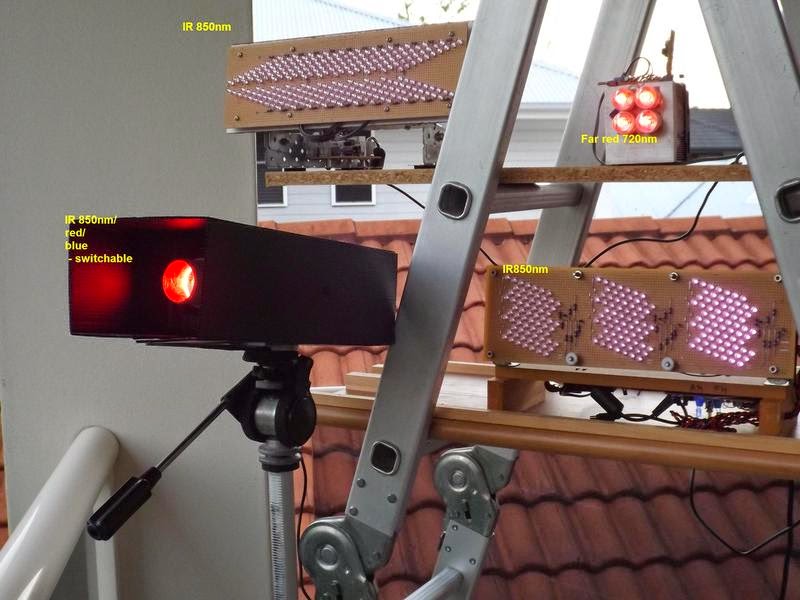 "At the NLOS location 1km away I was able to copy all the 850nm TXs and
none of the visible/borderline ones.Last night I tried 10km distance.

The topography is theoretically line-of-sight, but isolated from the receiving site by a thick bushland in nearby park. I was firing the transmitters about 3 degrees above what
would be line of sight, thus having about half the beam into the air and
another half scattered in the tree tops near the TX site.


I was able to weakly copy only one of the transmitters - the array of 200 or so of the +-3deg IR LEDs. At the moment I am not certain whether it was from atmospheric or tree scatter.

From earlier tests I observed that IR penetrates very well into the bushland, long after the visible beams were lost both visually and electronically. Similarly, it seems to propagate well into suburban
streets. Presumably the longer wavelength is "seeing" rough surfaces like tree trunks and brick walls as actually shiny and reflecting...."

Did VK4EBP do any experiments with LOS with the Infrared LEDs ? In particular the 3 deg LEDs w/o optics. I guess since they are not collimated ( even though they are narrow beam ) then at long distances, say >10 km, the divergence would be too great to be useful ?

I like the fact that he is not using optics w/ the IR LEDs; but perhaps since he is doing short-distance NLOS this is an advantage.

Mark - he may have although most of his information seems concerned with NLOS work. I can probably dig out his e-mail address if you would like to contact him directly...